HomePolicyEisenhower Tax Rates: We Should Listen to JFK, Not Bernie Sanders

Eisenhower Tax Rates: We Should Listen to JFK, Not Bernie Sanders 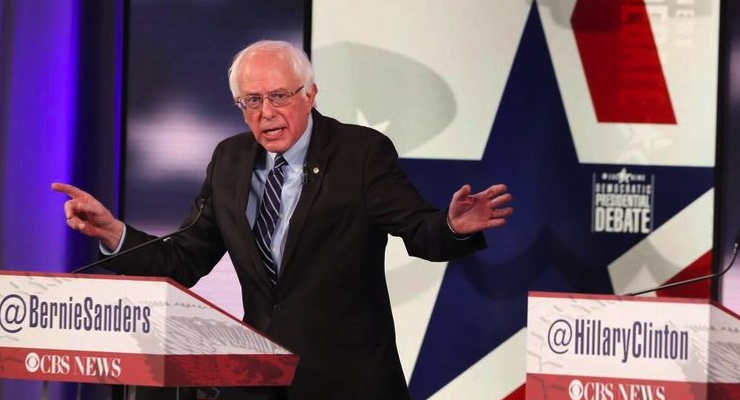 During last night’s Democratic debate, Senator Bernie Sanders said he would not raise tax rates as high as they were in the 1950s. And if Twitter data is accurate, his comment about being “not that much of a socialist compared to [President] Eisenhower” was one of the evening’s most memorable moments.

But a clever line is not the same as smart policy. Promising not to raise top tax rates to 90 percent or above is hardly a sign of moderation from the Vermont politician.

Fortunately, not all Democrats are infatuated with punitive tax rates.

Or at least they didn’t used to be. When President John F. Kennedy took office, he understood that the Eisenhower tax rates (in fairness to Ike, he’s merely guilty of not trying to reduce confiscatory tax rates imposed by FDR) were harming the economy and JFK argued for across-the-board tax rate reductions.

…an economy hampered by restrictive tax rates will never produce enough revenues to balance our budget just as it will never produce enough jobs or enough profits. Surely the lesson of the last decade is that budget deficits are not caused by wild-eyed spenders but by slow economic growth and periodic recessions and any new recession would break all deficit records. In short, it is a paradoxical truth that tax rates are too high today and tax revenues are too low and the soundest way to raise the revenues in the long run is to cut the rates now.

Here’s a video featuring some of President Kennedy’s wisdom on lower tax rates.

If that wasn’t enough, here’s another video featuring JFK’s wisdom on taxation.

By the way, if Senator Sanders really wants the rich to pay more, one of the lessons reasonable people learned from the Kennedy tax cuts is that upper-income taxpayers respond to lower tax rates by earning and reporting more income. Here’s a chart from a study I wrote almost 20 years ago.

Last but not least, let’s preemptively address a likely argument from Senator Sanders. He might be tempted to say that he doesn’t want the 90-percent tax rate of the Eisenhower years, but that he’s perfectly content with the 70-percent top tax rate that existed after the Kennedy tax cuts.