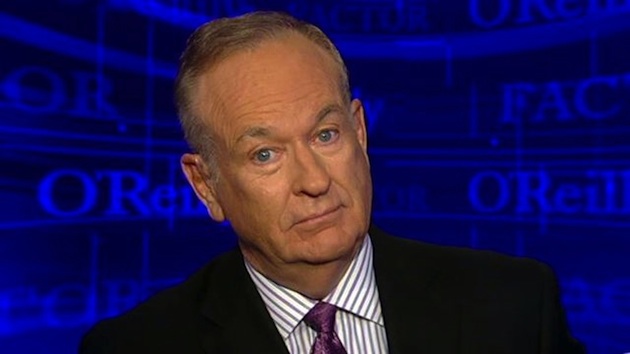 In his Talking Points Memo on Friday October 24, Bill O’Reilly outlined the Ebola timeline to make the case that the government was putting all Americans in danger. (Photo: FOX News)

“FOX News may be the most trusted in the network and cable news race, but they all take a back seat to your local news,” said Tim Malloy, assistant director of the Quinnipiac University Poll. When drilling down a bit more into the data, local television news is trusted by 19 percent of registered voters “a great deal” and by 52 percent “somewhat.”

Unsurprisingly, FOX News is hands down the choice for Republicans as 58 percent, while just 13 percent of GOP voters turn to CNN, with 7 percent each for NBC and CBS, 5 percent for ABC and 2 percent for MSNBC.

On the other hand, Democrats choose CNN by 32 percent, while only 3 percent trust FOX the most. Fifteen percent trust NBC the most, while 14 percent each choose CBS and MSNBC. Only 8 percent trust ABC News the most.

The pathetic showing among network news outlets that once dominated media information in America has been a long-observed trend. However, according to a recent survey, NBC Nightly News anchor Brian Williams hurt the network’s credibility among Americans after he was recently caught lying about a story he often repeated, which claimed the helicopter he was traveling in while covering the Iraq War in 2003 took RPG and AK-47 fire.

But that doesn’t necessarily mean Americans — who have a long history of forgiving public figures — are ready to write off Williams. By a 42 – 35 percent margin, voters say he should be able to return to his role as the NBC Nightly News anchor one day.

Meanwhile, the left’s eye-for-eye attempt to destroy Bill O’Reilly didn’t gain and isn’t gaining any traction, at all. Only 12 percent of voters say O’Reilly should be fired, 11 percent say he should be suspended, and 23 percent say he should stay. A whopping 51 percent haven’t heard enough about the recent report he misrepresented events during his time as a CBS correspondent to form an opinion.

David Corn, the Washington bureau chief for the uber left-wing magazine Mother Jones, recently wrote an article the most popular man in cable news called “total bullshit.” PPD’s Editorial Board took a long look at the charges, but ultimately O’Reilly produced documents, CBS produced footage, and Dan Browne, who was the Miami Bureau Chief at the time, appeared on the Factor to validate O’Reilly’s version of events in Buenos Aires following Argentina’s surrender in the Falklands War.

Corn refused to answer questions from PPD regarding his own biography or history with FOX News, from which he was fired, and actually hung up on Hugh Hewitt for asking the Mother Jones editor to establish his personal and professional credibility.

Voters are pretty much sick of the entire partisan game.

“Bring back Uncle Walter, as Brian Williams and Bill O’Reilly get lukewarm support for their journalistic indiscretions. American news watchers long for an era where the person in the big chair could be truly trusted,” Malloy said. “And that’s the way it is.”

Still, voters choose O’Reilly’s favorite conservative comedian as a replacement to Jon Stewart on “The Daily Show” alongside another comedian best-known for mocking Sarah Palin. Stewart, a liberal and the face of Comedy Central, announced in Feb. he will leave the broadcast later this year. Voters say Dennis Miller, the outspoken conservative critic, comedian and Wednesday night O’Reilly Factor guest, should take his spot.

“Two comedians, both former Saturday Night Live mock news readers, lead the pack to fill Jon Stewart’s chair,” Malloy said. “Dennis Miller is the favorite of 24 percent of Republicans. Tina Fey, with her dead-on take on Sarah Palin, is the darling of 26 percent of Democrats.”

Overall, however, Miller is slightly behind Fey (Please note: A previous version inaccurately stated the reverse).

Responses are reported for 1,286 self-identified registered voters with a margin of sampling error of +/- 2.7 percentage points.

Final Israeli Election Polls, Potential Outcomes, And What It Means For Israel