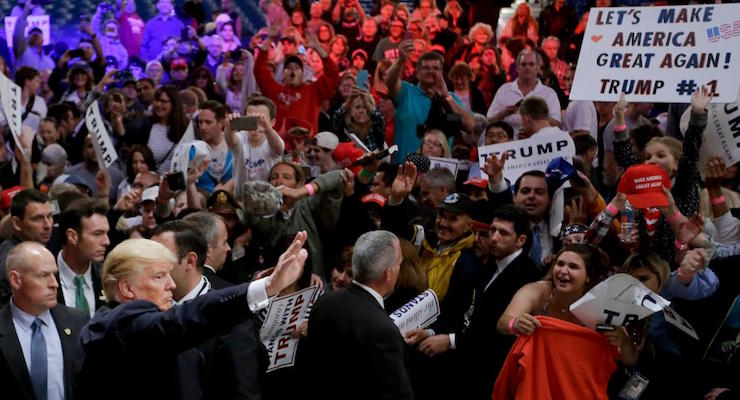 There are 172 delegates up for grabs in The Golden State, which are awarded on a winner-take-most basis. The winner of the statewide vote is awarded 13 delegates, while the remaining 159 delegates are awarded to the plurality winner of the state’s 53 congressional districts. The results of the poll are the latest piece of data indicating the PPD Election Projection Model may be understating The Donald’s delegate haul.

Nevertheless, a sizable win suggested by this survey could undoubtedly help the New York businessman clinch the nomination. Worth noting, in an effort to blunt Mr. Trump’s momentum, Sen. Cruz took the unprecedented step to name former Hewlett-Packard CEO Carly Fiorina as his vice presidential running mate. Mrs. Fiorina, herself a former 2016 Republican presidential candidate, previously resided in California before moving to the D.C. suburbs.

However, despite her high name recognition in the state due to her failed 2010 U.S. Senate bid against incumbent Democratic Sen. Barbara Boxer, it doesn’t appear Mrs. Fiorina will be much of an asset to Sen. Cruz.

“Unless Sen. Ted Cruz pulls off an upset tomorrow in Indiana, it would appear Golden State Republicans are ready to put the nomination to bed,” said PPD’s senior political analyst Richard Baris. “Sen. Cruz, and indeed the anti-Trump movement, had high hopes for California. We were never that bullish on his chances, but now are even less so. In the end, it may turn out to be the state that gets Donald Trump over the finish line.”

But before California will have their say, voters in Indiana on Tuesday will have their voice heard. The Hoosier State will award 57 delegates; 30 to the statewide winner and three in each of the state’s nine congressional districts. Mr. Trump currently leads Sen. Cruz, who recently was favored by other analysts to win the state, by double-digits in public and private polling.

On the Democratic side, Hillary Clinton is leading Vermont Sen. Bernie Sanders 58% to 39%.