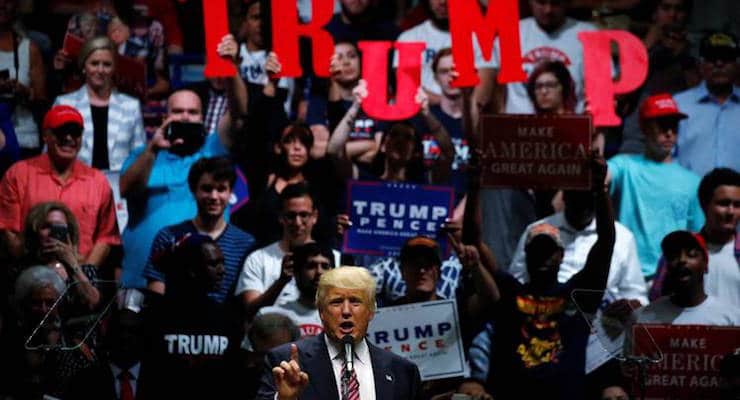 Now, the percentage saying they favor immigration levels to be “kept at present level” fell slightly from 40% to 38%, on par with those who say they favor decreasing immigration. Still, the latest survey data indicate a consistent mood post-2012, with Americans being roughly split between keeping the current pace and decreasing. Prior to 2012, and even more so in the years immediately after 9/11, Americans favored decreased immigration by larger margins.

Results for this Gallup poll are based on telephone interviews conducted June 7-July 1, 2016, with a sample of 3,270 adults, aged 18 and older, living in all 50 U.S. states and the District of Columbia, who had previously been interviewed in the Gallup Daily tracking poll and agreed to be re-interviewed for a later study. The sample is weighted to be representative of U.S. adults.

Americans’ positive views about immigration dipped to a low point after 9/11 and have fluctuated since then, but the 72% and 73% “good thing” percentages measured in 2013, 2015 and this year are the highest in Gallup’s trend dating back to 2001.