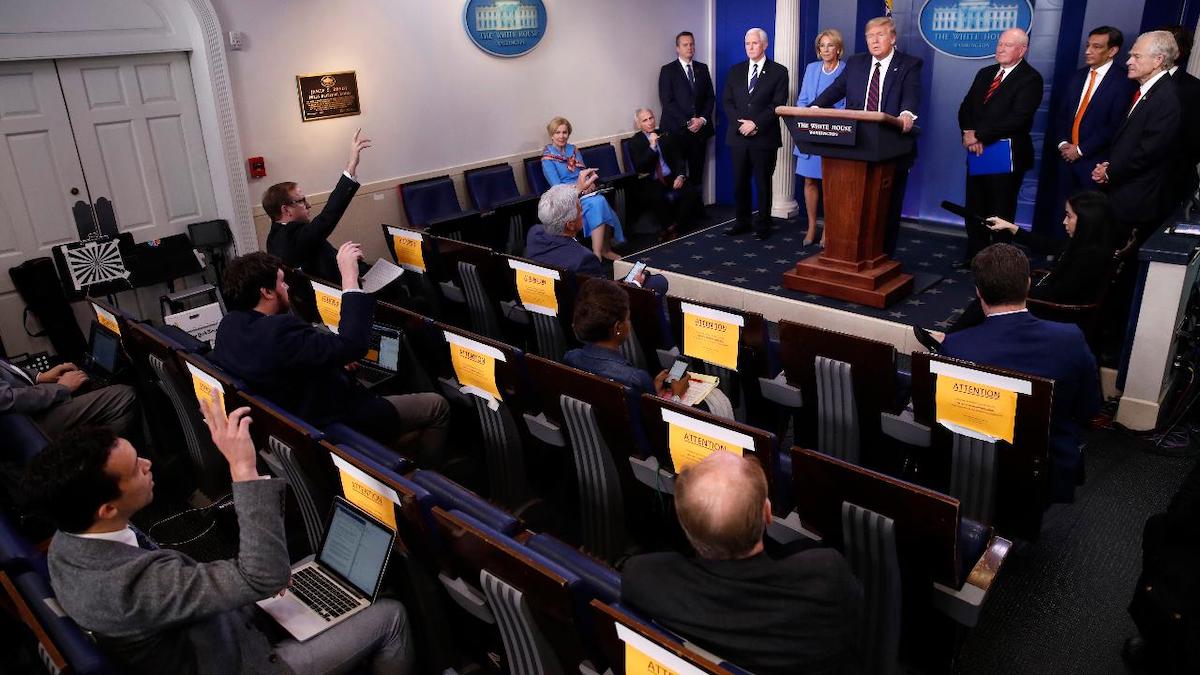 Asbury Park, N.J. (PPD) — A new poll finds voters do not believe the U.S. can remain shutdown due to the Chinese Coronavirus (COVID-19) and share the president’s concern that the government may go too far in its efforts to stop the spread.

Fifty-nine percent (59%) of all voters are concerned that the government’s cure for the coronavirus threat may be worse than the problem, according to a Rasmussen Reports national telephone and online survey. That includes 32% who are very concerned.

Only 34% don’t share the concerns of the majority, but that includes only 12% who are not at all concerned.

Further, only 36% believe the U.S. can “afford to remain largely shutdown for an indefinite period to limit the spread of the coronavirus,” while 46% say it cannot. Another 18% are undecided.

Interestingly, younger voters ages 18-39 are more likely to doubt that the country can remain largely shut down indefinitely. Only 36% believe it can afford to do so, while 51% say it cannot.

Younger voters are also the most concerned that the government may go too far. At least 64% are at least somewhat concerned, including 38% who are very concerned.

Whites (33%) question an indefinite shutdown more than blacks (40%) and other minority voters (47%) do. However, black voters are more likely (56%) than whites (26%) to be very concerned the cure is worse than the problem.

The same is true for Democrats. While more Democrats (43%) say the U.S. can afford an indefinite shutdown, they (37%) are also more likely than Republicans (28%) and Unaffiliated (31%) voters to say they are very concerned.