HomeNewsPoliticsDonald Trump: ‘I Am Not Doing This For Fun,’ We Can’t Fix U.S. ‘Unless We Put Right Person’ In WH

Donald Trump: ‘I Am Not Doing This For Fun,’ We Can’t Fix U.S. ‘Unless We Put Right Person’ In WH 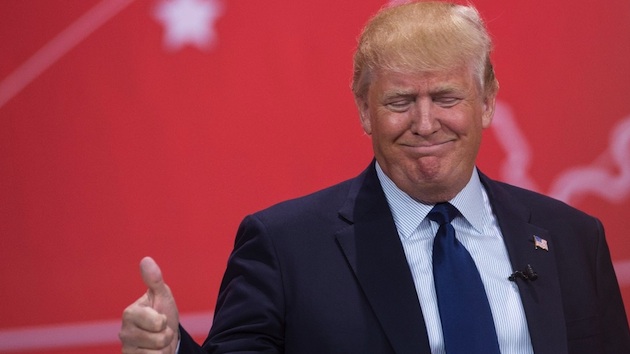 WATCH VIDEO BELOW: Speaking Friday at CPAC 2015, billionaire and potential 2016 presidential candidate Donald Trump tried to put an end to criticisms that he is never really serious about running.

“A lot of people think I am doing this for fun. I am not doing this for fun,” Trump said at the Conservative Political Action Conference in National Harbor, Maryland. ” Washington is totally broken and it’s not going to get fixed unless we put the right person in that top position. It’s just not going to happen.”

Mr. Trump has flirted with running for president numerous times, including in 2012 before he ultimately threw his coveted endorsement behind inevitable nominee Mitt Romney. However, when push comes to shove, pageants and reality TV shows always consume the Don’s time.

Even though he has a long track record of generating media buzz and publicity each presidential election cycle — only to disappoint his fans in the end — Mr. Trump has never been quite as dismissive of the critics as he was Friday. His speech left many wondering if this cycle would be different.

Trump has been very vocal about Mitt Romney’s mistakes and over his brief consideration of whether to run for president for a third time in 2016. Romney has since backed out, a move that many say has paved the way for former Florida Gov. Jeb Bush.

That possibility doesn’t sit well with Donald Trump, who sources say believes he may be the best candidate to block another Bush from running for the presidency given the amount of resources he has available.

“The last thing this country needs is another Bush,” Trump said earlier in February. “We’ve had it with the Bushes, and the last Bush did not do a great job. He gave us Obama, he gave us—as you know—Justice [John] Roberts [of the Supreme Court] who approved Obamacare. He’s got a second shot at it but who knows what’s going to happen, it’s not as good as the first one. But he [George W. Bush] gave us Justice Roberts who approved Obamacare. We’re all saddled with Obamacare, the country is saddled with it. And it really kicks in in 2016. It’s going to be a disaster for the country.”