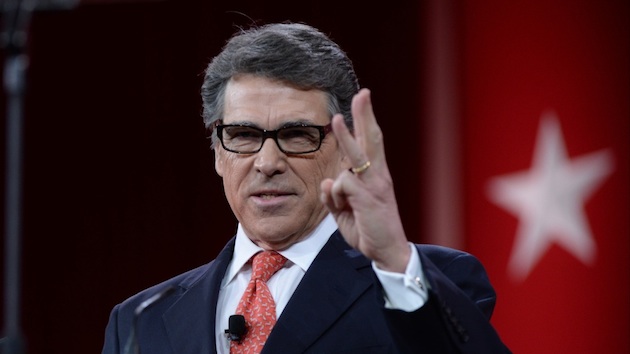 Former Texas Gov. Rick Perry made his 2016 presidential case by slamming the Obama administration’s “incompetence” on foreign crises, citing the threat from the Islamic State and tensions in the Middle East.

“I’ve never been more certain that I am today that America’s best days remain in front of us,” Perry said. “The weakness and incompetence of our government shouldn’t be confused with the strength, the ingenuity and the idealism of the American people.”

“We didn’t start this war, nor did we choose it, but we will have the will to finish it.”

Speaking Friday at the Conservative Political Action Conference, the former governor and 2012 presidential hopeful argued that the country was too strong to be “sidetracked” by “one confused administration.”

“Our experiment in a Republican form of government, it’s too durable to be sidetracked by one confused administration,” Perry added. “You think about it, we’ve survived worse. We had a Civil War in this country, we had two World Wars, we had a Great Depression. We even survived Jimmy Carter. We will survive the Obama years too.”

Donald Trump: 'I Am Not Doing This For Fun,' We Can't Fix U.S. 'Unless We Put Right Person' In WH