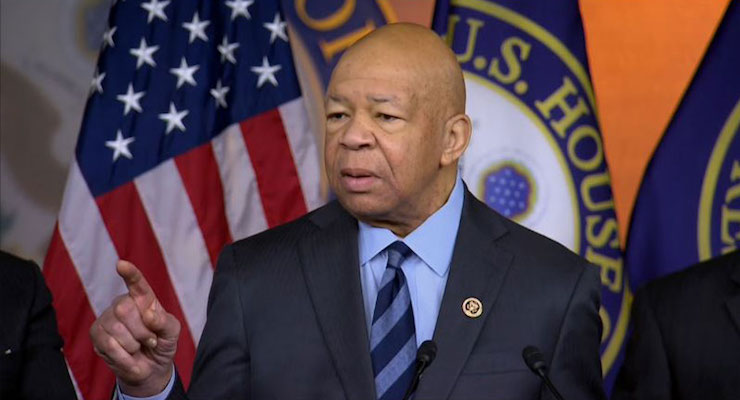 A chorus of Democratic voices, including Rep. Elijah Cummings, have either flat-out claimed or raised the possibility Lt. Gen. Michael Flynn violated the Logan Act. This is not only factually false, but was knowingly used incorrectly to overhype one element to a story and distract from illegalities of another.

“It gets trotted out every time there’s a political disagreement when someone who is not the president touches on foreign policy,” said Professor Steve Vladeck, a law professor at the University of Texas School of Law and CNN contributor. “It’s the old chestnut that everyone quotes and no one understands.”

The Logan Act “is a relic of a bygone era.”

Passed in 1799 after George Logan, a Pennsylvania doctor who went to France as a private citizen in an attempt to negotiate with officials, the Logan Act prohibits private citizens “without authority of the United States” from negotiating with foreign governments. It also requires an “intent to influence” measures or conduct of that government regarding any “disputes or controversies.”

It was used only once, in 1803, when a Kentucky farmer wrote an article supporting a separate Western nation allied with France. It was tossed after Thomas Jefferson went forward with the Louisiana Purchase that same year.

Professor Vladeck rightly told CNN that the law is not even enforceable anymore, if it ever was at all. Ed Turzanski, the John Templeton Fellow at the Foreign Policy Research Institute, said if it was enforceable “half of Congress since the 1980s would be in prison.”

What renders the law so ineffective?

As Mr. Vladeck wrote, “the statute requires the perpetrator to be acting ‘without authority of the United States,'” and “it’s true that, at the moment, General Flynn is a private citizen.” In fact, as an adviser to the President-elect who would soon have a diplomatic role, legally Mr. Flynn would’ve been granted the “authority” to speak about sanctions with Russian Ambassador Sergey Kislyak during the presidential transition.

“The real question is whether Flynn made false comments to any investigators,” Mr. Vladeck actually told CNN. “But no, the Logan Act, I think, is full of sound and fury but signifying nothing.”

That of course hasn’t stopped the network or Democrats from regurgitating a falsehood.

This accusation is a small part of a larger exercise in modern-day McCarthism. The only crime committed was the leak that led to the revelation, as well as the wire-tapping of Gen. Flynn’s phone call with the Russian ambassador.

No Need for 'Mitch' to 'Go Nuclear' to Confirm Neil Gorsuch: No 60-Vote Standard Exists