HomeNewsWill The 2014 Elections Cause Democrats To Turn On President Obama? 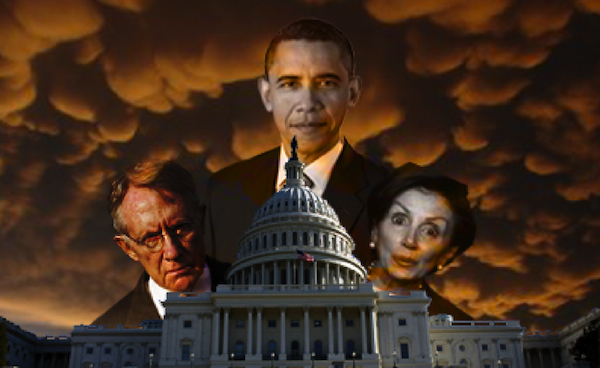 As the 2014 elections come to the forefront Democrats in both the House and Senate are distancing themselves from President Barack Obama’s agenda on energy, trade, and healthcare.

We have been beating the drum that President Obama’s approval rating will be a huge determining factor in the 2014 elections, as reflected in the model used at PeoplesPunditDaily.com. But one just needs to look at the actions of Democratic lawmakers to see just how true it is, and they know it.

The president is facing an insurmountable amount of pressure coming from his party to approve the Keystone XL pipeline, particularly since the latest of five reports stated there were no major environmental concerns.

While the mainstream media hammers the Republican Party over an apparent split, this is but one issue presenting the potential for a major fracture of the Democratic Party. With their seats in danger, Democratic House and senators are avoiding the issue of the Affordable Care Act, or ObamaCare.

Unfortunately for those that voted for the Affordable Care Act (all of the Democrats did, including those up for reelection), the negative results will plague their campaign efforts. And the last person they need to be seen with is President Obama or viewed in line with his policies.

Later Reid was joined by the chairman of the Democratic Senatorial Campaign Committee Senator Michael Bennet (D-CO) and the executive director Guy Cecil to deal with their inner party fissures.

White House officials have attempted to minimize the internal fractures, setting the narrative that they remain united on major policy issues, such as extending unemployment benefits that lapsed late last year.

The president will meet this week with House and Senate Democrats to discuss a legislative strategy for raising minimum wage from $7.25 to $10.10, in hopes that it will pull them through the 2014 elections. But many Democrats are concerned that the inequality argument simply doesn’t have the data behind it to carry the day against mounting electoral odds.

A study conducted by the Department of Labor concluded that the first minimum wage, 25 cents per hour in 1938, cost the jobs of 30,000 to 50,000 of the 300,000 workers who were covered and had previously earned below the minimum. And a 2007 review of 102 studies that were conducted beginning in the 1990s by David Neumark and William Wascher found, “Indeed, the preponderance of the evidence points to disemployment effects.”

The people at MSNBC can’t understand this, which is why Bill Gates had to explain it to them. “You have to be a bit careful: If you raise the minimum wage, you’re encouraging labor substitution and you’re going to go buy machines and automate things,” Gates told MSNBC’s “Morning Joe.”

Then Mr. Gates continued, “And so within certain limits, you know, it does cause job destruction. If you really start pushing it, then you’re just making a huge trade-off,” he said much to the chagrin of his hosts.

Representative Richard Neal (D-MA), introduced legislation to hike up the federal minimum wage in increments to $10.10 hourly over a four-year period.

Obama has agreed to the Senate Democratic bill that incrementally raises minimum wage, which much like ObamaCare, will have attempt to drip negative effects on the public subtly, rather than instantly and noticeable.

Pollster Joel Benenson stated to The Wall Street Journal, “There is far more that Democrats in Congress and the president agree on than there are areas where there might be differences.”

Democrats mostly concur over economic matters, although other issues keep surfacing, revealing the truly deep fractures within their party.

The blatant opposition by Reid toward Obama’s SOTU attempt to rally the congress to vote on trade agreements, those that will advance deals with Europe and Asia, exposes another problem within the leftist “family.”

Senator Jeanne Shaheen (NH-D ) and Reid both expressed wariness over pushing the issue before the 2014 elections.

“I think everyone would be well-advised just not to push this right now,” Reid said.

Sen. Jeanne Shaheen stated, “We’re taking a look at it.”

The Democratic Senators Hagan and Landrieu are also facing very rough races for 2014 elections (both are rated “Toss-Up” on the PeoplesPunditDaily.com Senate Map Predictions).

Incumbent Democrat Kay Hagan of North Carolina seems to be trailing her two leading Republican challengers by wider and wider margins each time a new poll is released.

In the first survey conducted by Rasmussen Reports on the 2014 North Carolina Senate race, in a Hagan vs Tillis matchup the incumbent trails by 7 percent.

Hagan is practically begging for the president to approve the Keystone XL pipeline, because her campaign is in quicksand.

Senator Mary Landrieu is also set to have a tough reelection year in a state that supported Mitt Romney with 58 percent of the vote. Yet, despite refusing to respond to reporters’ questions over whether or not she will campaign with Obama, she doesn’t seem to feel as if her blatant ignoring of the people of Louisiana will cause her to lose her seat.

“The Affordable Care Act, as I said, the bill itself has very good concepts, and yes, I would support it again. But that doesn’t excuse the poor rollout of what should have happened. There should not have been a glitch in the software,” Sen. Mary Landrieu told WAFB-TV, a local CBS affiliate in Baton Rouge.

Not quite sure how Senator Landrieu will be able to back pedal such statements to her constituents.

Ironically, Senate Minority Leader Mitch McConnell (K.Y-R) took on both issues stating, “The president’s own party is now standing in the way of getting anything done.”

The Democratic Party has quite a fight ahead of them. Between the Obama administration’s opposition to further sanctions imposed on Iran, trade, and the plagued ObamaCare website, well, lets just say in the words of Ricky Ricardo — “they have a lot of explaining to do.”