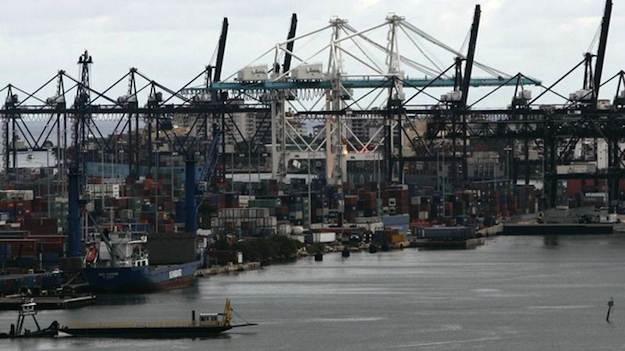 The U.S. trade deficit widened to its highest level in two years in April as imports hit a record high, raising concerns the trade gap could wipe out second-quarter growth. In the first quarter, the U.S. economy contracted as a by 1 percent as result of the trade gap. Trade subtracted nearly an entire percentage point from first-quarter gross domestic product.

The Commerce Department said on Wednesday the trade gap increased 6.9 percent to $47.2 billion, which was the largest increase since April 2012. The data followed March’s revised $44.2 billion gap.

Economists polled by Reuters had expected the deficit to widen to $40.8 billion, up slightly from a previously reported $40.4 billion shortfall. The government also released its annual benchmark revisions with Wednesday’s data.

When calculating the deficit and adjusting for inflation, the deficit again increased to $53.8 billion from $50.9 billion in March.

Imports increased 1.2 percent to an all-time high of $240.6 billion in April. Imports of automobiles, capital goods, food and consumer goods all hit record highs in April.

The trade deficit with the European Union was also the largest ever recorded, particularly noteworthy was the trade gap with Germany, a country deeply dependent on Russian energy.

Imports from South Korea also touched a record high, while Chinese imports rose by a whopping 16.3 percent, increasing the trade gap with China to $27.3 billion from $20.4 billion in March.