HomeNewsEconomyEBay Spinning Off PayPal Into Publicly Traded Company In 2015

EBay Spinning Off PayPal Into Publicly Traded Company In 2015 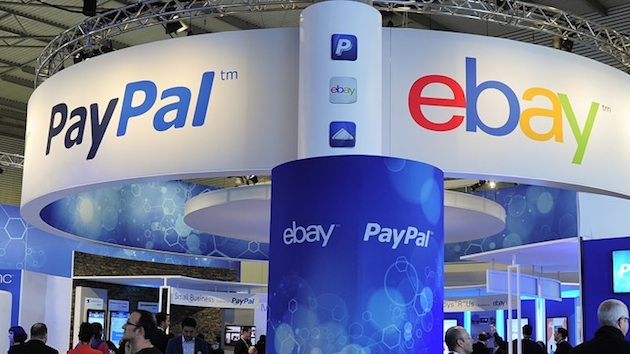 EBay Inc. (NASDAQ:EBAY) said it would spin off PayPal, its fast-growing payments business, into a publicly traded company in the second half of 2015. The move marks a complete turnaround for the company, which sent eBay’s shares up 10 percent to $58.15 in pre-market trading.

Icahn, eBay’s sixth-largest shareholder with a 2.48 percent stake as of June 30, withdrew his demand in April. He also withdrew his two nominees to eBay’s board, but in a concession, the company added a 10th independent director.

In an interview with the New York Times on Tuesday, Donahoe said that eBay was following Icahn’s strategy to some extent, but also that the decision was made through “a deliberate process” and not by reacting to outside pressure.

“A thorough strategic review with our board shows that keeping eBay and PayPal together beyond 2015 clearly becomes less advantageous to each business strategically and competitively,” Donahoe said in a statement.

EBay said revenue in its marketplaces and enterprise businesses increased 10 percent to $9.9 billion in the last four quarters, while PayPal’s revenue rose 19 percent to $7.2 billion.

The new eBay is to be run by Devin Wenig, president of eBay marketplaces and former head of the markets division of Thomson Reuters Corp.

PayPal’s chief executive after the spinoff will be Dan Schulman, former head of American Express Co’s online and mobile payment business, while EBay’s CEO Donahoe and Chief Financial Officer Bob Swan will oversee the separation and serve on the boards of both companies.

PayPal is no longer alone in their market, as competition from Google Inc’s Google Wallet and a number of other vendors increased substantially over the past 5 years. Apple Inc is also slated to open their own online payments market next month with its newly unveiled service, Apple Pay.

“On PayPal, investors will still contemplate the risk of PayPal directly competing with Apple Pay and Google Wallet, which will likely add some uncertainty to PayPal’s standalone valuation,” Piper Jaffray analysts said.

PayPal was founded in the late 1990s and went public in 2002. It was acquired by eBay soon afterward for $1.5 billion, and now has more than 152 million active users and accounts grew 15 percent last quarter.