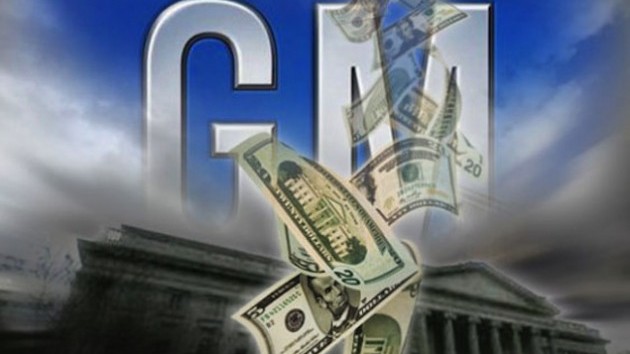 GM auto bailout cost US Treasury more than government estimated it would after selling its last share.

The government closed out its last big position taken during the 2008 bailout of U.S. banks and automakers, selling its remaining shares in the former financing arm of General Motors (NYSE:GM), the U.S. Treasury said on Friday.

The U.S. Treasury decided to sell their roughly 55 million shares in Ally Financial (NYSE:GOM.CL) for a total of $1.3 billion, which a Treasury official said was organized to take advantage of strong stock prices seen in the last few days.

Shares in Ally Financial, which was formerly known as GMAC, rose 3.7 percent in Friday morning trading.

Treasury’s sale of the shares leaves taxpayer investments in the financial industry at less than $1 billion, but the position is “diversified” among 35 small community banks, said Timothy Bowler, a deputy assistant secretary at the Treasury, in a telephone call with journalists.

In 2008, during a financial crisis and profound recession, Washington bailed out a host of banks, big and small, as well as automakers General Motors and Chrysler. As of Wednesday, taxpayers had spent $426 billion under the Troubled Asset Relief Program signed into law by former President George W. Bush.

Taxpayers have recovered almost all of their TARP investments. Though they lost money on automakers, it was offset by profits from the financial sector. According to surveys, confidence in U.S. banks among American adults remains below levels measured prior to the 2008 financial meltdown. Now, one-third of Americans fear they will lose their money due to bank failure.

A new Rasmussen survey found that 31 percent of American adults are at least somewhat concerned they will lose their money due to a bank failure, which is down only slightly from November. Meanwhile, 65 percent are not worried about losing their money, including 8 percent who are “very worried” and 25 percent who are “not at all worried” about losing money in a bank failure.

The TARP program also pumped money into housing programs, and continues to do so.