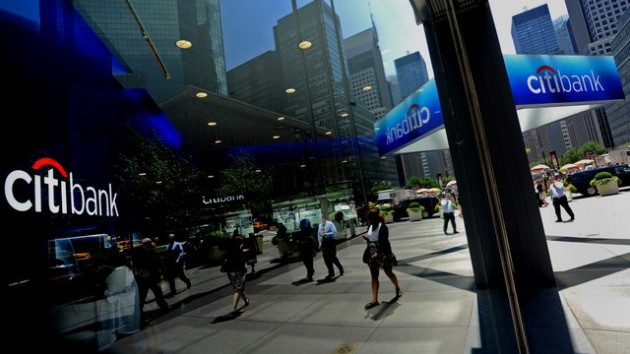 Citigroup passed the test after failing several earlier attempts, they now have a plan with the cleanest approval from the Federal Reserve among top Wall Street banks.

The 31 largest U.S. banks all passed the mandatory stress test designed to determine whether the banks could withstand another financial crisis, according to results released Wednesday by the Federal Reserve.

“Our capital plan review helps ensure that the capital distribution plans of large banks will not compromise their ability to continue lending to businesses and households even during a period of serious financial stress,” Federal Reserve Gov. Daniel K. Tarullo said in a statement. “It also provides a structured assessment of their risk management capacities.”

The tests determine whether the banks can withstand another crisis by looking at the banks’ capital levels and by analyzing the banks’ the plans to avert a crisis should liquidity dry or freeze up.

Among the largest U.S. banks that are allegedly too-big-to-fail, Citigroup Inc. (NYSE:C) passed the Fed test after failing multiple earlier efforts. The company’s final plan to return capital to shareholders got the cleanest approval from the Federal Reserve among top Wall Street banks.

Citigroup now has the green light to submit a dividend plan for approval to the Fed that will allow the bank to raise the dividend paid out to investors. Citi, which was hard hit during the 2008 financial crisis, hasn’t raised its dividend since the crisis.

The Fed failed and rejected the capital plans for the U.S. operations of two big foreign banks — Germany’s Deutsche Bank (NYSE:DB) and Spain’s Santander (NYSE:SAN) — though both rejections were expected by analysts and investors.

The Fed announced it will require Bank of America (NYSE:BAC), which had strong capital numbers in the stress test results released last week, to resubmit its plan by end of the third quarter.

However, the Fed technically did not even reject BofA’s plan, but rather requested the bank look into cited “weaknesses” in capital planning before the central bank will approve a dividend plan and stock buyback options.

The banks required to undergo the Fed’s stress tests are those cited as, though truly feared to be “too-big-to-fail,” including Citigroup, J.P. Morgan Chase (NYSE:JPM), Bank of America, Goldman Sachs (NYSE:GS) and Wells Fargo (NYSE:WFC).

The stress test results — the second part of a two-part process — were required under the Dodd Frank banking reform legislation passed in 2010. The Comprehensive Capital Analysis and Review, as they are formerly known, are in their fifth year, and the Fed claims all of the largest U.S. banks have “substantially” increased their capital levels since the first tests were administered in 2009.

The Federal Reserve said the 31 banks tested this year represent more than 80% of assets held by domestic bank holding companies, or $14 trillion as of the fourth quarter of 2014.