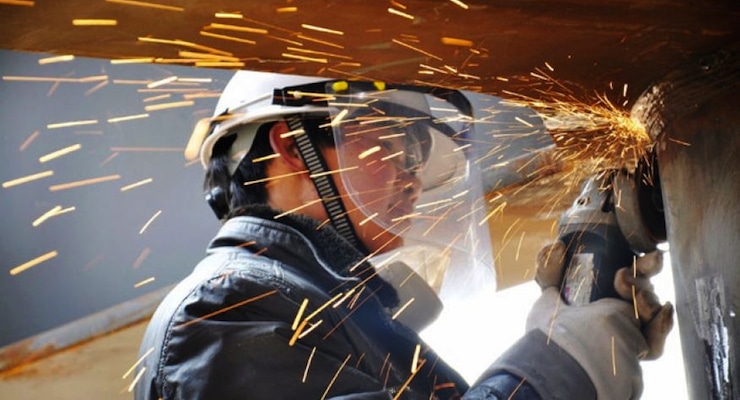 The New York Federal Reserve’s Empire State Manufacturing Survey for the region remained stuck in contraction territory in October, declining for a third consecutive month. The gauge of manufacturing activity in the region clocked in at -11.36, up from -14.67 in September.

Wall Street had anticipated a rise to -8, though also still an indication of contraction. Readings above 0 point to expansion, while those below indicate contraction.

The general business conditions index inched up by 3 to -11.4, but it marks the third straight month of readings below -10 and the first such occurrence since 2009. While 21% of survey respondents reported that conditions had improved over the month, 33% reported that conditions had worsened. Further, the new orders index continued to decline, dropping 6 points to -18.9, while the shipments index also fell six points to -13.6. The unfilled orders index dropped 7 points to -15.1. Again delivery times clocked in shorter this month, as the delivery time index fell by 5 points to -11.3. The inventories index rose eleven points to -7.6, indicating that inventory levels declined, though at a somewhat slower pace than in September.

The prices paid index remained relatively flat, though fell to 0.9, its lowest level since 2009. The prices received index edged down by 3 points to -8.5, which is indicative of a decline in selling prices. Labor market conditions in the manufacturing sector continue to worsened. The index for number of employees fell for a fourth consecutive month, falling 2 points to -8.5 in a clear and ominous sign that employment levels were even lower. The average workweek index remained negative at -7.6, pointing to shorter workweeks.

The closely-watched report comes ahead of the Philadelphia Federal Reserve’s index of regional mid-Atlantic manufacturing activity, or the Manufacturing Business Outlook Survey. It, too, contracted and tanked last month to -6, down from 8.3 the month prior. The Chicago Business Barometer, the Institute for Supply Management-Chicago’s gauge of Midwest manufacturing activity, fell into contraction at 48.7, down from 54.4 the month prior.