The U.S. Bureau of Labor Statistics said Tuesday the job openings rate was 4.0% and openings increased to 6.2 million on the last business day of June. The actual 6,163,000 open jobs is the highest number ever and rate matches an all-time high not seen since July 2015 and July 2016, another sign of a strong labor market.

The job openings level increased 461,000, with the total private sector gains representing the lion’s share–417,000. The government represented just 44,000. But it’s not just the numbers offering positive economic news, but the industries bode well for wages.

Job openings increased in a number of industries with the largest increases occurring in professional and business services (+179,000), health care and social assistance (+125,000), and construction (+62,000). 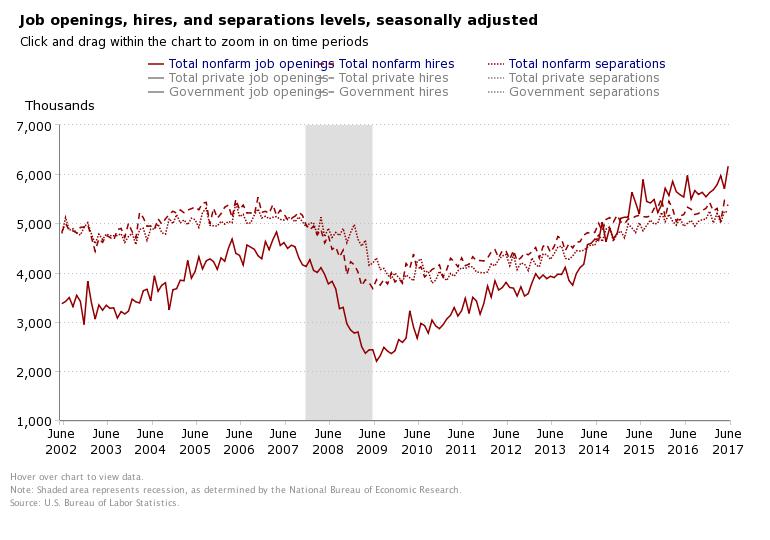 Job openings decreased in other services  by 62,000 and the number of job openings increased in the Midwest and West regions.

The number of quits was unchanged at 3.1 million and the quit rate was 2.1%, little changed in either the private or government sectors. Quits decreased in finance by 21,000.