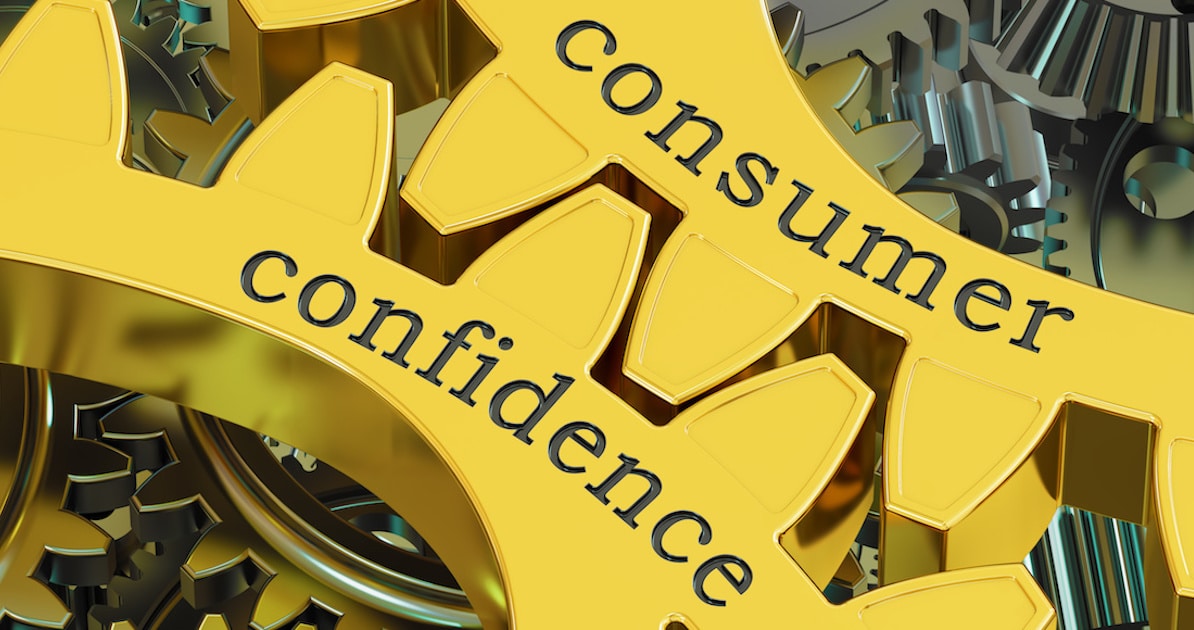 The Conference Board reported the Consumer Confidence Index soared 11.4 points in July and now stands at 135.7 (1985=100), up from 124.3 in June. That’s far stronger than the consensus forecast and the highest level for the index all year.

“After a sharp decline in June, driven by an escalation in trade and tariff tensions, Consumer Confidence rebounded in July to its highest level this year,” said Lynn Franco, Senior Director of Economic Indicators at The Conference Board. “Consumers are once again optimistic about current and prospective business and labor market conditions.”

“In addition, their expectations regarding their financial outlook also improved,” Franco added. “These high levels of confidence should continue to support robust spending in the near-term despite slower growth in GDP.”

Earlier Tuesday, BEA reported personal income rose $83.6 billion (0.4%) in June, beating the consensus forecast. Consumer spending as gauged by personal consumption expenditures (PCE) increased $41.0 billion, or 0.3% for the month after gaining solidly 0.4% in May and 0.6% in April.

Not surprisingly, consumers’ views of present-day conditions improved in July.

The monthly Consumer Confidence Survey is based on a probability-design random sample and is conducted for The Conference Board by Nielsen. The cutoff date for the preliminary results was July 18.

The Conference Board publishes the Consumer Confidence Index at 10 a.m. ET on the last Tuesday of every month.