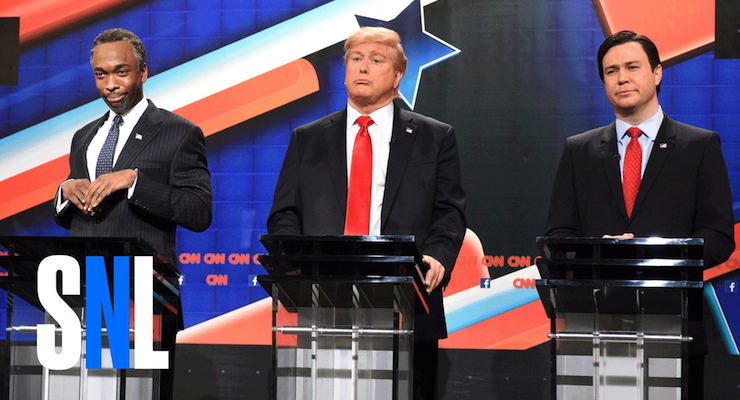 “Mr. Bush, go ahead and say out loud what you’ve been quietly muttering to yourself,” says “Wolf Blitzer.”

“Trump! I mean. This guy’s the chaos candidate,” shouts Beck Bennett, who is doing the Jeb Bush impression. “Am I right? The Chaos! Is he even real? Nah, man.”

“Jeb’s a very nice man,” responds Darrell Hammond, who is playing Trump. “But he is basically a little girl. Folks this is true, I got a hold of Jeb’s birth certificate, full disclosure, his real name is Jeborah.”