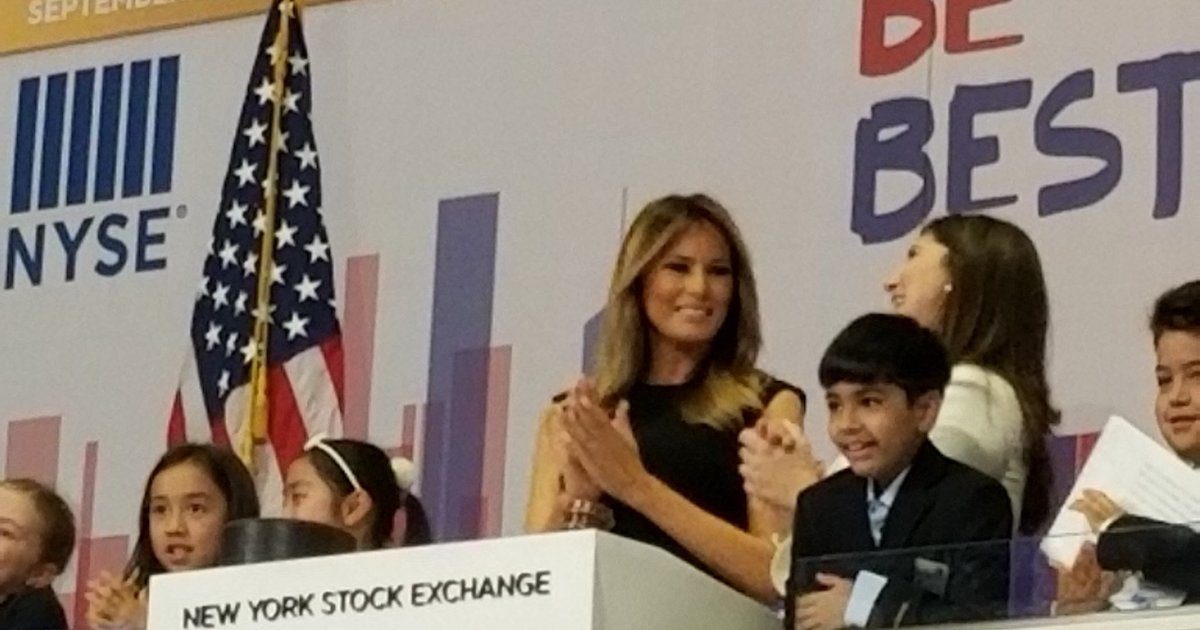 Mrs. Trump Rang the Ceremonial Opening Bell to Celebrate the First Anniversary of BE BEST

On Monday, First Lady Melania Trump rang the ceremonial opening bell at the New York Stock Exchange (NYSE). The first lady was accompanied by close to a dozen children from the United Nations International School celebrating the first anniversary of her “BE BEST” initiative.

According to the Office of the First Lady, the mission of BE BEST is to “focus on some of the major issues facing children today, with the goal of encouraging children to BE BEST in their individual paths, while also teaching them the importance of social, emotional, and physical health.”

While the NYSE is well-accustomed to greeting visiting dignitaries and celebrities, this event stands out. The first lady was greeted with a thunderous ovation from the exchange community, rivaling any visit in recent memory for most on the floor.

The last sitting First Lady of the United States to visit the NYSE during trading hours was Laura Bush, who rang closing bell on September 18, 2006.

Brokers with close to 40 years experience at the exchange could not remember a sitting first lady ringing the ceremonial opening bell and the NYSE has no documented record of such.

Street Vision contributed to this report.