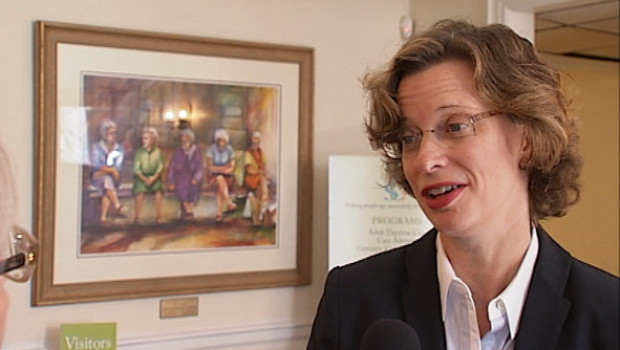 Michelle Nunn, the Georgia Democrat candidate for U.S. Senate, made a ton of cash when her nonprofit organization, Hands On Atlanta, merged with the Points of Light Foundation in 2007. There is certainly nothing wrong with being rewarded for hard work, particularly when communities are better off from that work. However, from 2007 to 2010, under the direction of Michelle Nunn, the organization also laid off a ton of people from their jobs, cutting 175 jobs down to 80.

Yet, at the same time the organization was cutting roughly 60 percent of its regular workforce, Michelle Nunn’s salary doubled.

The news was first reported in the Tuesday edition of Morning Jolt, highlighted by Jim Geraghty at National Review. As he noted, Nunn’s campaign paints a rosy picture of her time and experience at the Points of Light Foundation, an experience they have repeatedly heralded as a reason to vote for the daughter of long-time Georgia Democrat Senator Sam Nunn:

Seeing a need in Atlanta for a vehicle by which young people could engage in service to solve problems in their own communities, Michelle and a group of friends got together to create Hands On Atlanta, with Michelle as its first Executive Director. Over the next decade, Michelle grew volunteerism across Georgia, and eventually throughout the country, through Hands On Network, a national outreach of volunteer-service organizations. Michelle was selected for a three year Kellogg Foundation Fellowship that gave her an opportunity to travel the globe and work with civic and religious leaders to help them translate the common ground of their faith and ideals into building better, more productive communities and services.

In 2007, Hands On Network merged with the Points of Light Foundation, President George H.W. Bush’s organization and legacy. After leading a successful merger, Michelle became the CEO and President of Points of Light, now the largest organization in the country devoted to volunteer service.

Democrats have held up Nunn’s candidacy as an example of their fragile potential to play offense on an increasingly reddening map in 2014. But was we previously noted, despite recent polling showing the Peach State more competitive than Republicans would like, it will very difficult for either Democratic candidate in one of the two high-profile races to be victorious in November. Democrats had hoped Republicans would nominate an unelectable candidate, but David Perdue and Jack Kingston will head to a runoff after they finished in the two top spots in the Georgia Senate Primary back on May 20.

The recent revelations are the latest in a string of campaign developments suggesting Nunn may not be quite as strong of a candidate as Democrats promised. Just prior to the Republican primary, Nunn was incapable of answering a reporter’s question during an interview with the liberal network, MSNBC. She could not answer whether or not she would have voted for ObamaCare if she was in the U.S. Senate. In fact, she ironically began an uncomfortable ramble about her time at the Points of Light Foundation, which even the liberal editor found difficult to smooth over.

The Nunn campaign did not respond to PPD’s request for a comment.