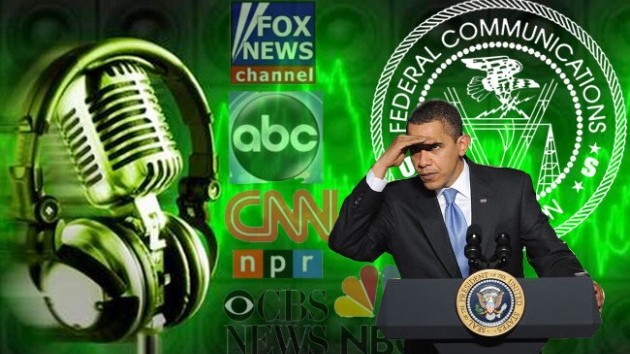 Judicial Watch, a government watchdog group that investigates corruption and overreach, announced that it has filed a Freedom of Information Act lawsuit against the FCC. The FOIA suit, which was filed on October 16, 2014, requested “any and all records” relating to the supposedly suspended and controversial FCC newsroom survey, or the “Multi-Market Study of Critical Information Needs” (CIN) pilot study.

In May 2013, the Federal Communications Commission announced the nationwide CIN study, which was allegedly designed “to provide a comprehensive analysis of access/barriers to CINs in diverse American communities … with special emphasis on vulnerable/disadvantaged populations.”

However, despite the guise of promoting diversity, it was widely viewed by many on both sides of the aisle as an obvious effort to stifle the free speech of citizen journalists, bloggers and conservative media outlets. The National Association of Broadcasters called the plan “constitutionally questionable” in a letter to the agency, and FCC commissioner Ajit Pai said the study would “thrust the federal government into newsrooms across the country” in an op-ed in the Wall Street Journal.

In February, only after considerable blowback, the Energy and Commerce Committee released a statement claiming the FCC was “scrapping its Critical Information Needs (CIN) study that would have included interviewing journalists and other news professionals about their decision-making processes.” According to an FCC document, some of the questions FCC agents and agency contractors were set to ask private news outlets included:

Yet, despite the agency’s claim they would no longer concern themselves with how media outlets make editorial decisions on the stories they cover, Judicial Watch filed the lawsuit (Judicial Watch v. Federal Communications Commission (No. 1:14-cv-01728)) after the FCC failed to respond to a previous FOIA request dated February 12, 2014.

“The FCC now says it has killed the study but we are skeptical, especially since we now have had to sue in federal court to get information about this issue,” Judicial Watch President Tom Fitton said in a statement. “Unfortunately, the study is simply the latest version of the ‘Fairness Doctrine,’ a FCC regulatory scheme ended during the Reagan administration that was used to regulate political speech on radio and television.”

Energy and Commerce Committee Chairman Fred Upton (R-MI) and Communications and Technology Subcommittee Chairman Greg Walden (R-OR) were also concerned that the study would lead to a revival of the Fairness Doctrine, a policy thought to be abolished under the Reagan administration in 1987, which President Obama is on record opposing. In August 2011, the FCC announced it was eliminating the Fairness Doctrine from the Code of Federal Regulations.

“The Fairness Doctrine is a relic of an earlier era when government officials thought they knew best what news and information the American people wanted and needed,” said Reps. Upton and Walden. “The rules are outdated and needlessly endanger our sacred freedoms of speech and the press.”

Nevertheless, it would appear neither the agency nor the administration in general have been completely honest about the use of the Fairness Doctrine. Further, the policy joins a long list of others suggesting an administration that is all too often willing to pull the levers of government to punish or suppress their political opponents, revelations the president only seems to become aware of when watching the news, himself.

PPD learned in March that the FCC newsroom survey originated from known Democrats at the FCC and was intentionally withheld from the commission’s two Republican members until it was already in motion.

“This FCC scandal also echoes the Obama IRS abuse, which illegally targeted groups and individuals based upon their political philosophy,” Fitton added. “The FCC, which is charged with making sure regulated media companies obey the law, refuses to obey the Freedom of Information Act and tell the American people why it wanted to interrogate newsmen and monitor the blogs of everyday citizens.”

Presented to the commission in July of 2012, the research listed five authors: Ernest J. Wilson III, Carola Weil, Katherine Ognyanova from USC, Lewis Friedland from Wisconsin, and Philip Napoli from Fordham University (Weil is now with American University). Among the liberal panel of professors, a whopping 4 of the 5 were donors to President Obama, and — not or — other Democratic campaigns.

According to Federal Election Commission records, USC professor Ernest J. Wilson III gave $3,300 to the Obama presidential campaign in 2007 and again in 2008. Fordham University Philip Napoli donated $500 to Obama in 2008, while then-USC and now-American University professor Carola Weil gave $250 in 2012. Wisconsin professor Lewis Friedland, whose fellow is none other than Karen Kay Kirst-Ashman, whom we previously investigated for writing propaganda in textbooks, gave $200 in 2012.

There were no contributions that we were able to find from Katherine Ognyanova of USC, who as a post-doctoral fellow led a team of graduate student researchers on the project.

It was this group of liberally-bias academics who presented suggestions about how to determine the “critical information needs” to the FCC, and would have government monitors “crawling” the Internet sites of newspapers, local governments, blogs, non-profits, and citizen journalists.

“Once again we see the heavy hand of the Obama administration hovering over the First Amendment’s freedom of the press,” Fitton said. “It’s little wonder that Reporters Without Borders’ recent survey of world press freedom ranked the United States forty-sixth, below even that of Botswana and Romania – and only one position above Haiti.”

The FCC did not respond to a request for comment on either the original February FOIA request, or this most-recent lawsuit. Considering the past successes of Judicial Watch, mainly on Benghazi and the IRS, it is safe to assume they will have to respond to a federal judge in the future.

Bob Schieffer Slams Gruber: It's Not Too Late To Give Back Money You Made As Advisor