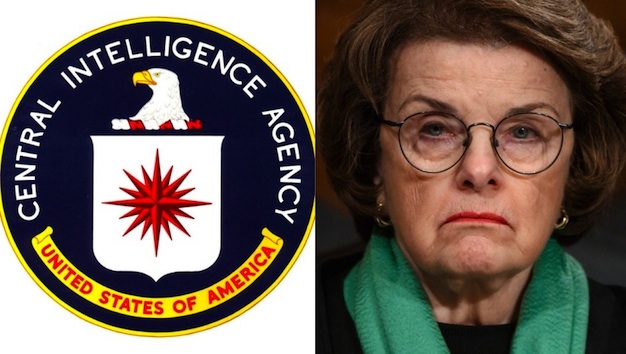 A Democrat-led Senate panel headed up by Sen. Diane Feinstein (D-CA) released the CIA report on enhanced interrogation Tuesday despite dire warnings from lawmakers and intel officials. These warnings, which were even echoed by some within the Obama administration, contended the findings would “endanger the lives of Americans” all over the world.

The report from the Senate intelligence committee, which is a roughly 500-page report summarizing a still-classified 6,000 page study, claimed the interrogation techniques used were “brutal and far worse” than the CIA represented to lawmakers, as well gave “inaccurate” information to the Bush White House. It further claimed the tactics were not even effective and called CIA management of the program “deeply flawed,” though agency officials have not only defended the program, but gave it credit for tracking down Usama bin Laden and many other Islamic terrorists.

Feinstein ordered the release of the report and alleged on the Senate floor on Tuesday that the CIA techniques in some cases were, in fact, “torture.”

“History will judge us by our commitment to a just society governed by law and the willingness to face an ugly truth and say ‘never again’,” she said on the floor. “There may never be the right time to release this report, but this report is too important to shelve indefinitely.”

Feinstein said previously that she wanted to get out the report before the Republicans took control of the upper chamber at the beginning of next year, regardless of the consequences. Unsurprisingly, President Obama, who also called the tactics “torture” before the facts of the case were even investigated, supported the decision to release the report.

U.S. Marines stationed at U.S. diplomatic facilities and military bases are on “high alert” in case the report sparks backlash abroad. “There are some indications,” said White House Press Secretary Josh Earnest Monday, “that the release of the report could lead to a greater risk that is posed to U.S. facilities and individuals all around the world.” He added that “the administration has taken the prudent steps to ensure that the proper security precautions are in place at U.S. facilities around the globe.”

Meanwhile, Sens. Marco Rubio (R-FL) and Jim Risch (R-ID) called the move a “partisan effort” by Democrats on the Senate Select Committee on Intelligence, which was not “serious or constructive” and “could endanger the lives of Americans overseas.”

The top Republicans on the intelligence committee, slammed the release in a joint statement on Tuesday.

“As we have both stated before, we are opposed to this study and believe it will present serious consequences for U.S. national security,” soon-to-be Majority Leader Mitch McConnell (R-KY) and Sen. Saxby Chambliss (R-GA) said jointly. “Regardless of what one’s opinions may be on these issues, the study by Senate Democrats is an ideologically motivated and distorted recounting of historical events. The fact that the CIA’s Detention and Interrogation program developed significant intelligence that helped us identify and capture important al-Qa’ida terrorists, disrupt their ongoing plotting, and take down Usama Bin Ladin is incontrovertible. Claims included in this report that assert the contrary are simply wrong.”

The report represents the largest public accounting by Congress — or, rather from congressional Democrats — of the CIA’s alleged use of torture on suspected al-Qa’ida detainees held in secret facilities in Europe and Asia in the years following the terrorist attacks of Sept. 11, 2001.

Obama said the Senate report documents a “troubling program” and pledged to make sure “we never resort to those methods again.”

“We will rely on all elements of our national power, including the power and example of our founding ideals. That is why I have consistently supported the declassification of today’s report,” he said in a statement. “No nation is perfect. But one of the strengths that makes America exceptional is our willingness to openly confront our past, face our imperfections, make changes and do better.”

The CIA, in a statement responding to the report, acknowledged the agency made “mistakes” with its detention and interrogation program. However, as officials have previously told PPD off the record, they dispute claims that the interrogation tactics were not effective.

“Our review indicates that interrogations of detainees on whom [enhanced interrogation techniques] were used did produce intelligence that helped thwart attack plans, capture terrorists, and save lives,” the agency said in a statement. it also disputed that the agency intentionally misled lawmakers, the White House and other officials on the program.

Fox News also reported that CIA officials tell them “the interrogation program produced valuable and actionable intelligence,” specifically the identification of the courier who led to bin Laden and his compound in Pakistan.

And they aren’t afraid to offer details.

CIA officials say the courier’s name was first revealed by Amar al-Baluchi during the use of enhanced interrogation tactics, however, they say he was not waterboarded. Fox News further reported that officials say that when detainee Hasan Gul was subjected to the enhanced interrogation program he provided specific information about the courier, as well. They say he did so only after initially giving “confusing signals” about the courier.

Yet another former CIA operative told Fox News that the mastermind of the Sept. 11 attacks, Khalid Sheikh Mohammed, was broken by the tactics. Only then did he give the agency more than 2,000 intelligence reports. Former CIA officers who worked in the enhanced interrogation program said they believe the Democrat-led Senate report simply aims to minimize the fact that gained intelligence led to bin Laden’s courier.

Aside from criticizing the Senate investigation for not even talking to agents involved with the program, they also called into question the narrative that lawmakers didn’t know what was going on. In fact, officials say the CIA was “actively encouraged” by members of Congress from both parties “to do whatever it takes” to prevent another Sept. 11, 2001. Similarly, a former officer told Fox News that congressional leadership “was briefed more than three dozen times before the program was shuttered.”

Sen. Richard Burr (R-NC), who is the prospective new chairman of the Senate Intelligence Committee, criticized the administration for trying to have their cake and eat it, too.

“It’s dumbfounding they can call and ask for it to be delayed and then say they want it out. You can’t have it both ways,” Burr said of State Department Secretary John Kerry urging Feinstein to delay the report’s release.