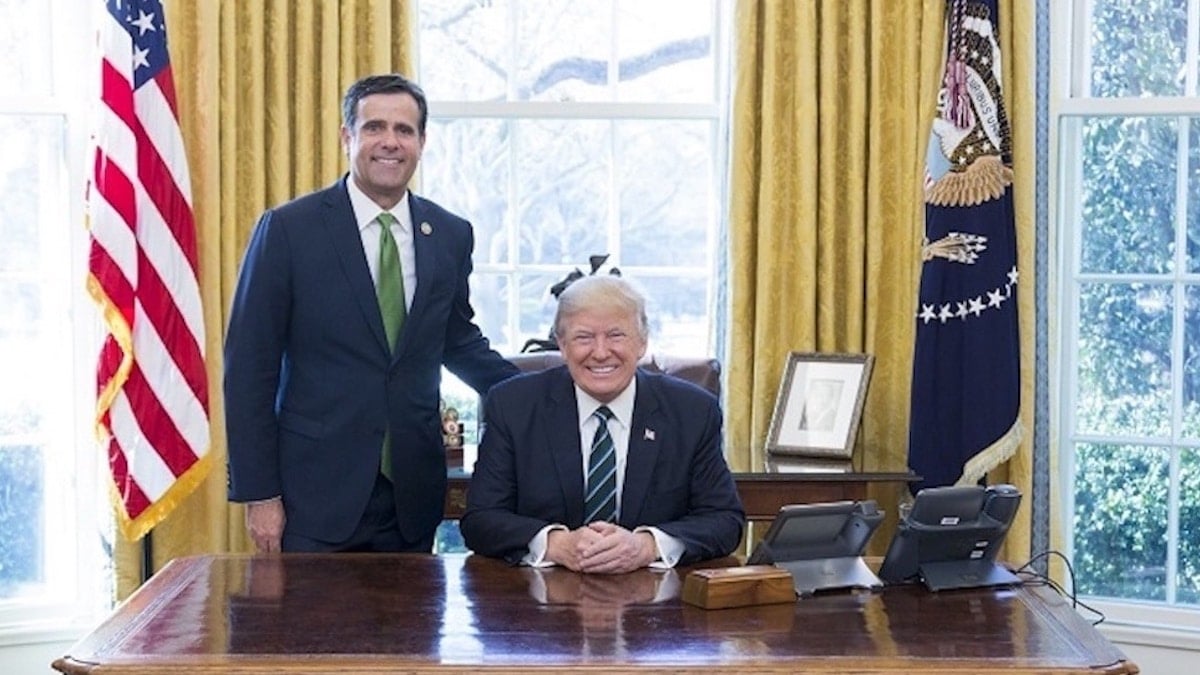 Washington, D.C. (PPD) — Rep. John Ratcliffe, R-Tx., the president’s nominee for Director of National Intelligence, faced the Senate Intelligence Committee in the first hearing since the pandemic. He pledged to deliver “unvarnished” intelligence to Donald Trump, and said China represents the “greatest threat” to the nation.

“The best job I ever had was to be the United States Attorney and what I loved … was it was an apolitical position,” he told the members of the committee during the confirmation hearing. “I stood up always to represent the United States of America. Never one party or another. And I very much view that as this role for the DNI.”

The Texas lawmaker has been a staunch supporter of the president and was a persuasive, effort opponent of impeachment during the proceedings. But he made clear on Tuesday that he looks forward to leaving politics behind.

“I look forward to treating every member, Republican and Democrat, exactly the same way,” he said. “And, frankly, being out of politics.”

Rep. Ratcliffe has had a long road to the confirmation hearing on Tuesday. In August, he withdrew his name from consideration after the scandal-embattled Senator Richard Burr, R-N.C., Chairman of the Senate Intelligence Committee, worked to sink his nomination before it got started.

Ranking Member Senator Mark Warner, D-Va., and the chairman attempted to force the president into appointing a more intelligence-friendly DNI amid investigations into wrongdoing by the intelligence community.

Chairman Burr has come under fire recent for alleged insider trading ahead of the stock market crash triggered by the coronavirus pandemic. On February 13, he and his wife sold off shares of companies worth $1.7 million over a large number of trades. Those shares were worth at least $250,000 less at the close of the trading day on March 19.

The selloffs came before the collapse of the markets due to the Coronavirus (COVID-19) and after he received a secret briefing about the pandemic. Publicly, Senator Burr remarked that the economy was sound, while privately he told others it could be a pandemic akin to the 1918 Spanish Flu.

The U.S. Justice Department (DOJ) announced in March that it would be investigating the allegations. Most assuredly, the development has bolstered Rep. Ratcliffe amid critics arguing he doesn’t possess the experience.

“I have to say that, while I am willing to give you the benefit of the doubt in this hearing, I don’t see what has changed since last summer when the president decided not to proceed with your nomination over concerns about your inexperience, partisanship, and past statements that seemed to embellish your record,” Sen. Mark Warner said.

The congressman has served as the Ranking Member of the House Subcommittee on Crime, Terrorism and Homeland Security. The White House was fully willing to wage the nomination battle, despite Senator Warner’s claim.

“As the president’s principal intelligence advisor, I would ensure that all intelligence is collected analyzed and reported without bias, prejudice or political influence,” he said.

Richard Grenell, the U.S. Ambassador to Germany, has been serving as acting DNI since Mr. Coats left the post last summer under a cloud of criticism. Mr. Coats, himself a former senator, was stonewalling efforts to uncover wrongdoing.

That stands in stark contrast to Mr. Grenell, who recently ordered the 17 intelligence agencies under the post to review whether they are complying with strict guidelines on unmasking U.S. citizens.

President Trump nominated Rep. Ratcliffe in late February. His nomination now must obtain approval of the Senate Intelligence Committee before heading to the full U.S. Senate for a vote.