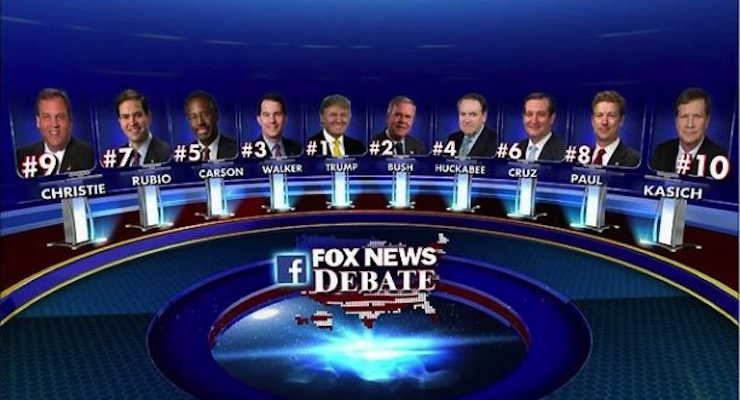 Fox News has announced the top 10 candidates who have qualified for the Republican debate during prime-time Thursday in Cincinnati, Ohio.

Kasich, the governor of a must-win state for the eventual nominee, which just so happens to be the very state where the Fox News debate will be hosted, bumped Perry for the final slot following his recent campaign announcement. In fact, each candidate has received a bump in the polls thus far — save for Trump, who has yet to come down — but Fox did not factor in whether the Buckeye state leader would even maintain what little momentum he has enjoyed.

I look forward to being @FoxNews 5pm debate for what will be a serious exchange of ideas & positive solutions to get America back on track.

“As governor, I am glad to welcome my fellow debate participants to our great state and I look forward to discussing the issues facing our country with them on Thursday,” Kasich said in a statement following the announcement.