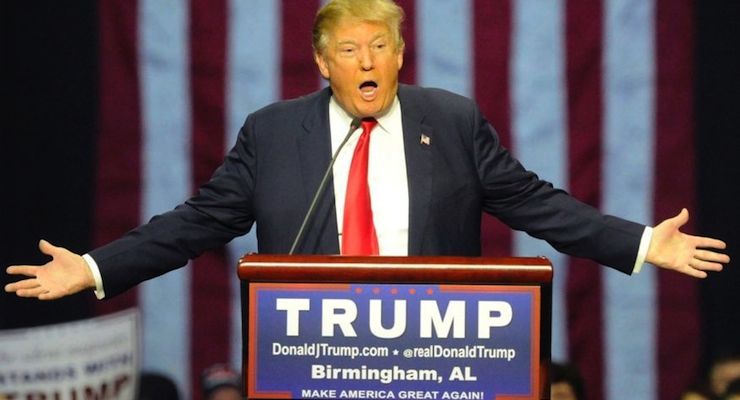 Multiple Presidents Have Been Fooled by Moderate American Muslims

Presidential candidate Donald Trump is catching flack for saying he saw thousands of Muslims in America celebrating the attacks on 9/11 on television. Major media outlets were quick to denounce Trump as being nothing but wrong. Then, another GOP contender seemed to back Trump up, and the media storm against them was relentless!

However, these major media outlets are being far from truthful in making accusations against Trump’s larger point.

“Allah is my lord, Islam is my life, the Quran is my guide, the Sunna is my practice, Jihad is my spirit, righteousness is my character, paradise is my goal,” attendees at the Muslim Students’ Association West Conference recited in January 2011 at UCLA. “I enjoin what is right, I forbid what is wrong, I will fight against oppression, and I will die to establish Islam.”

Umar began his activities as a prison chaplain in 1975. New York Gov. George Pataki barred Umar from prisons in 2003, after the Wall Street Journal reported that Umar had expressed support for the 9/11 terrorists — even stating that Muslims “who say they are against terrorism secretly admire and applaud” bin Laden’s mass murderers. (According to Umar, the Koran does not forbid terrorism even against the innocent. “This is the sort of teaching they don’t want in prison,” he said. “But this is what I’m doing.“) <emphasis added>

Presidents Clinton and Bush met with Abdurahman Alamoudi, who purported to be a representative of moderate American Muslims. He led the American Muslim Council and the Muslim American Society. In 2003, Alamoudi was arrested and charged with 18 counts of federal crimes related to supporting terrorism. Currently, Alamoudi is serving a 23 year prison sentence. The Washington Institute had this to say about the man who represented American Muslims in the presence of two U.S. presidents.

In 2000, American Muslim Council founder and former Executive Director Abdurahman Alamoodi announced at a rally outside the White House: “We are all supporters of Hamas. Allahu Akhbar! … I am also a supporter of Hezbollah.” After the President announced the closure of the HLF, which raised $13 million for Hamas in its last year of operation, the AMC condemned the action as “particularly disturbing … unjust and counterproductive.”[12] AMC’s position was predictable, given that Alamoudi attended a conference of major Islamic terrorist groups in Beirut in January 2001.

If the name Alamoudi strikes a cord in your recent memory, it should. He was the founder of the Islamic Society of Boston, which is where the infamous Boston Marathon bombers attended for prayer and Islamic studies. Further, Alamoudi had long been serving his sentence in jail when Boston was attacked on April 15, 2013.

Trump may seem brash, and anything but restrained in his speech. But, his words of caution and warning regarding Islamic terrorism are not wrong. Dr. Ben Carson who initially backed him up, is one who chooses his words more carefully. Perhaps this should have been a clue to the American people that the major media outlets are hiding something.

This is only a smidgen of the available information on whether some American Muslims endorse terrorists and support acts of terror. There is a treasure trove of information supporting this line of argument, which is valid. The leaders of the Council on American-Islamic Relations and the leaders of the Islamic Society of North America have–on numerous occasions and backed by numerous quotes–publicly stated their support of Hamas. Was it really too hard for major media outlets to find this information to report.

But it all comes down to the words of former Vice President Dick Cheney in 2002:

“We don’t know if it’s going to be tomorrow, or next week or next year,” Cheney said. The U.S.-led war on terrorism has had some successes at disrupting the al Qaeda terrorist network, making it more difficult for them to carry out operations, he noted, but it’s almost impossible to build “a 100 percent perfect defense.”

“The American people must understand the reality of the enemy we’re up against,” Cheney stressed. Even if your defense is 99% successful, that other one percent “can still kill you.”

Knowing the truth of these words gives reason to ponder the purposeful misinformation being pushed out by the major news networks on this issue. Given the truth, there is also reason to question whether the major news networks are working against the safety of Americans.
[mybooktable book=”civilization-jihad-and-the-myth-of-moderate-islam” display=”summary” buybutton_shadowbox=”true”]

Has Obama Been Good or Bad for Big Government and the Democratic Party?