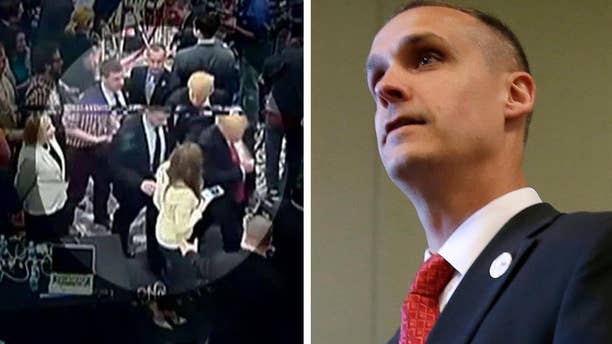 Corey Lewandowski, the campaign manager for Donald Trump, will not be charged with misdemeanor battery over allegations he grabbed the arm of a reporter. The campaign confirmed the initial report and Palm Beach County State Attorney David Aronberg is scheduled to formally announce on Thursday that he will drop the charge.

Mike Edmonson, executive assistant to the state attorney, denied leaking the information to the media on Wednesday. However, Mr. Edmonson added that the initial report that Mr. Lewandowski would not be prosecuted was “not incorrect.”

The alleged incident occurred after a press conference on March 8 at the Trump National Golf Club in Jupiter, Fla., where Mr. Lewandowski was accused by Michelle Fields, then a reporter for Breitbart News, of grabbing her arm “tightly” and nearly “yanking” her down to the ground as she asked the Republican front-runner a question.

“Trump acknowledged the question, but before he could answer I was jolted backwards,” Fields said. “Someone had grabbed me tightly by the arm and yanked me down. I almost fell to the ground, but was able to maintain my balance. Nonetheless, I was shaken.”

Lewandowski initially denied the incident had taken place, though footage released by Trump himself showed brief contact. So, why are they dropping the charges?

First, Ms. Fields failed to respond when Secret Service agents twice warned her she was beyond the point reporters are allowed to be with a pen in her hand. Second, Ms. Fields’ credibility is in doubt now that the footage shows the account did not transpire as she initially claimed, and wrote about. Third, the footage appears to show Mr. Lewandowski grabbing her jacket on her upper arm, not her lower forearm.

Ms. Fields, who tweeted out a picture of alleged bruises on her forearm, told Fox News’ Megyn Kelly in a “Kelly File” interview Wednesday night that she is planning to pursue a civil case against Lewandowski for defamation.