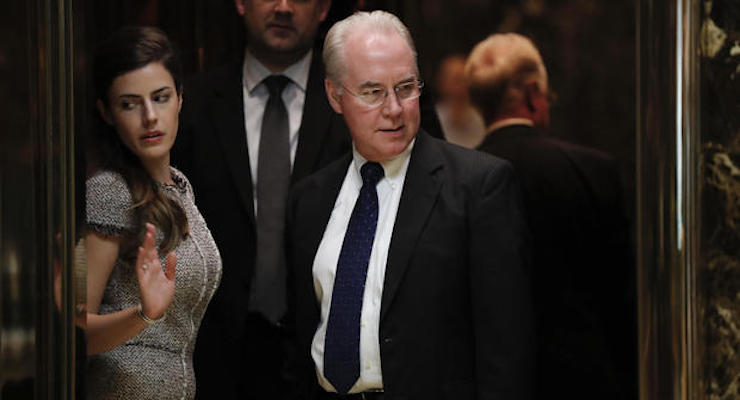 The selection of Rep. Tom Price to head HHS is an indication of where the Trump administration plans to take the nation on ObamaCare. Rep. Price, a staunch opponent of the president’s signature health care law, not only introduced a detailed plan to repeal it but also to replace it.

“Chairman Price, a renowned physician, has earned a reputation for being a tireless problem solver and the go-to expert on healthcare policy, making him the ideal choice to serve in this capacity,” Trump said in a statement. “He is exceptionally qualified to shepherd our commitment to repeal and replace Obamacare and bring affordable and accessible healthcare to every American. I am proud to nominate him as Secretary of Health and Human Services.”

On Monday, Vice President-elect Mike Pence told reporters at Trump Tower that there would be at least one if not multiple announcements regarding appointments on Tuesday.

“Buckle up,” President-elect Pence said to reporters as he made his way through the lobby.

Rep. Price was born in Lansing, Michigan, and grew up in Dearborn. Graduating with an M.D. from the University of Michigan, Price completed his residency at Emory University in Atlanta, and decided to settle in the suburb of Roswell, where he still lives to this very day. He ran an orthopedic clinic in Atlanta for 20 years before returning to Emory as assistant professor of orthopedic surgery.

Price also was the director of the orthopedic clinic at Atlanta’s Grady Memorial Hospital.