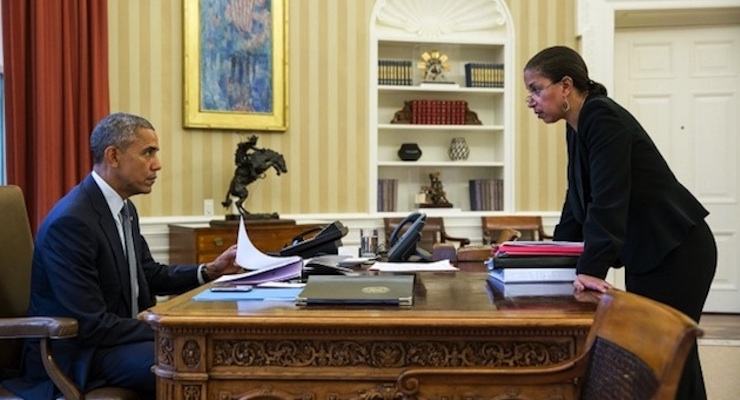 The intelligence reports in which members of the Trump transition were “unmasked” by Susan Rice involve personal details unrelated to national security, PPD has confirmed. The content of the “highly detailed” reports are significant as congressional investigators probe whether the Obama Administration used the cover of the legitimate surveillance to spy on the incoming administration.

Not only do the reports not contain evidence of collusion with Russian officials on behalf of members of the Trump team, but the material collected indicates intelligence operations that were unrelated to the Russian investigation, altogether. Multiple sources tell People’s Pundit Daily the content, paper trail and timeline indicate a political motive by the Obama Administration.

It’s a claim that has just been corroborated by a top Republican on the House Intelligence Committee who has been briefed on the reports.

“This is information about their everyday lives,” Rep. Peter King, R-N.Y., said. “Sort of like in a divorce case where lawyers are hired, investigators are hired just to find out what the other person is doing from morning until night and then you try to piece it together later on.”

Chairman Devin Nunes, R-Calif., and the Ranking Member Adam Schiff, D-Calif., are the only lawmakers to date who have personally viewed the raw intelligence reports. Rep. Schiff, who had been calling on the chairman to resign after he confirmed the spying, has gone dark after personally viewing the material.

“I cannot comment on the content of these materials or any other classified documents, and nothing should be inferred from the fact that I am treating classified materials the way they should be treated – by refusing to comment on them,” Rep. Schiff told Fox News in a statement for a corroborating report. “Only the Administration has the power to declassify the information and make it available to the public.”

The ranking member’s remarks show a stark contrast to his previous behavior regarding information surrounding the probe into Russian collusion. With the new spying revelations, and in the absence of evidence supporting collusion, the focus of the probe has turned to whether Rice or anyone else in the Obama Administration committed a crime.

Rep. King said the intelligence reports resembled the work of a private investigator hired to conduct op-research rather than a counterintelligence operation. Experts say the fact the materials are unrelated to Russia or national security may mean the legal standard for unmasking was not met.

“U.S. Signals Intelligence Directive (Section 18) only allows unmasking of the identity of U.S. persons when it is essential to national security. The question is why the identity of Trump aides satisfied this standard if there was no evidence of collusion,” notable liberal law Professor Jonathan Turley noted. “Nevertheless, this intent standard is difficult to violate absent a confession or incriminating statement.”

Former National Security Adviser Rice now denies ever having “unmasking” individuals for political purposes, but she also initially lied about having knowledge of the information Chairman Nunes discovered. Democrats are attempting to establish the narrative that Rice’s actions were “routine” for the national security advisor.

But the claim isn’t supported by those with knowledge of the process.

“From my direct experience dealing at this level, that is never done,” retired U.S. Army Lt. Col. Tony Shaffer told Fox News. “The national security adviser person is a manager position, not an analyst position.”

Government data seems to back up Schaffer, not Rice. The Office for the Director of National Intelligence said the NSA in 2015 disseminated 4,290 FAA Section 702 intelligence reports that also included U.S. person information. Of those reports, just 1,122 had U.S. persons information and even fewer (654) had identities unmasked.