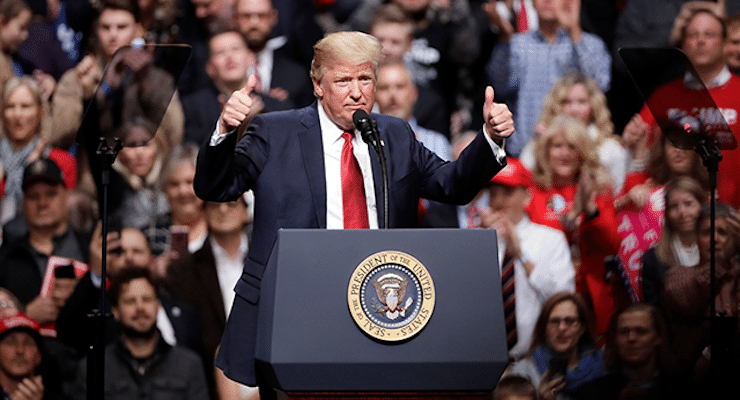 President Donald J. Trump on Tuesday signed an executive order aimed at reducing the regulatory and tax burden on American farmers and agriculture. The order comes shortly after the President announced the U.S. will put a tariff on Canadian soft wood imports in response to the neighbor to the North’s longstanding tariff on diary products that hurt American farmers.

“Farmers led the way across the Great Plains,” the President said. “Now, they not only feed the country but the entire world.”

The President also revoked Executive Order 13575 (Establishment of the White House Rural Council) signed on June 9, 2011, which farmers and companies found to be of little use.

“Canada has made business for our dairy farmers in Wisconsin, upstate New York and other states very difficult,” President Trump said. “We will not stand for this.”

On Monday, the President also signed one Presidential Memorandum for the Secretary of the Treasury after another. They following a Presidential Executive Order on Identifying and Reducing Tax Regulatory Burdens on April 21 that targets regulations and taxes imposed by Barack Obama after January 1 in the waning days of his presidency.

By the end of his first 100 days, President Trump will have taken more executive action than any other president since World War II.