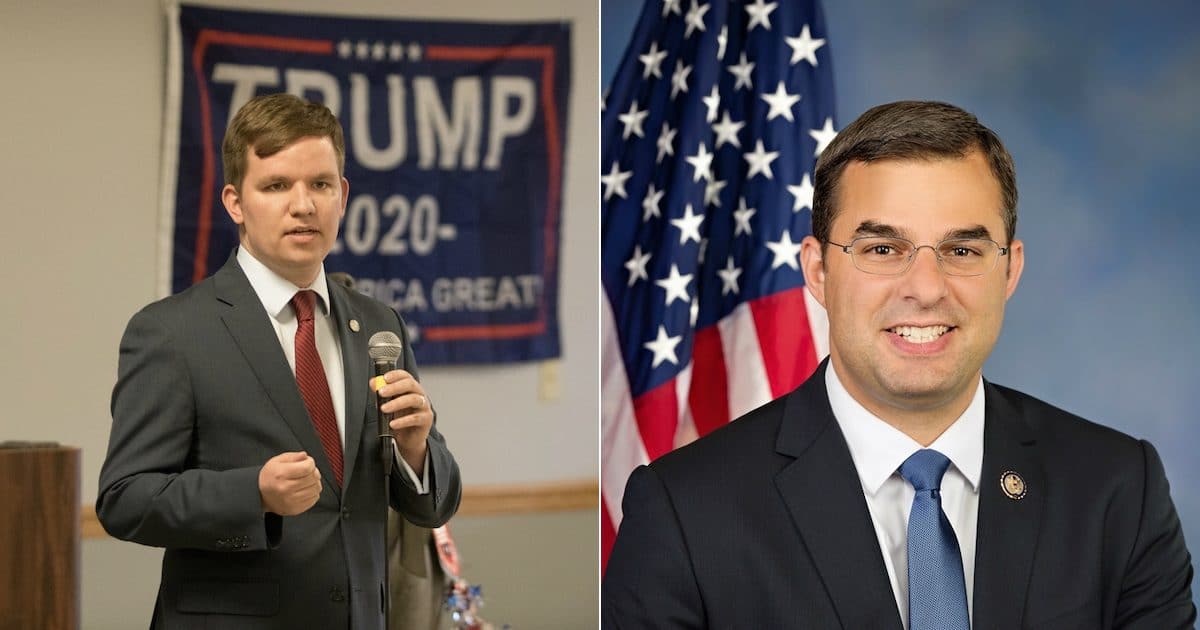 Rep. Justin Amash, R-Mich., the self-proclaimed libertarian-leaning Republican who called for the impeachment of President Donald Trump, has had a rough 48 hours.

The House Freedom Caucus voted Monday evening to condemn Rep. Amash. Earlier in the day, a pro-Trump and media-savvy state representative announced he would primary challenge the incumbent.

“We had a good discussion and every single member, I think now based on who was there and our board meeting was probably over 30 members, every single member disagrees and strongly with the position Justin took over the week, and we’re focused on the now,” Rep. Jim Jordan, Chairman of the House Freedom Caucus said.

“I mean, look, we’re focused on the fact that what the FBI did was wrong. We think that [Attorney General William] Barr’s handled himself exactly the way the American people want the Attorney General to handle themselves, and he’s going to get to bottom of all this.”

Rep. Amash, 39, tweeted that the “Mueller’s report reveals that President Trump engaged in specific actions and a pattern of behavior that meet the threshold for impeachment,” and criticized his fellow members.

House Freedom Caucus members pushed back hard, with Rep. Andy Biggs, R-Ariz., saying he was “amazed” and “floored” by the remarks.

“Everybody I know who is talking about this publicly and in private to me about this, we have all read the report,” Rep. Biggs told “America’s Newsroom” on Fox News. “We have compared notes. We’ve tried to interpret what we think are strong and weak points.”

“I was floored by his conclusions. I disagree with him wholeheartedly.”

Rep. Warren Davidson, R-Oh., said members “consider him a friend” but Rep. Amash has not bothered to attend most Freedom Caucus meetings this year, nor has he held a meeting of the Liberty Caucus, a conservative caucus he founded and chairs.

Meanwhile, State Rep. Jim Lower, R-Greenville, announced on Monday he will primary challenge Rep. Amash in 2020, calling the congressman “out of touch” with the Trump-supporting district in West Michigan.

In 2016, President Trump became the first Republican to carry the Wolverine State since 1988. He carried Michigan’s Third Congressional District 52% to 42% over Hillary Clinton, expanding the 53% to 46% margin Mitt Romney enjoyed over Barack Obama in 2012.

Rules require Michigan GOP Chairwoman Laura Cox and two Republican National Committee (RNC) members to sign a waiver allowing the party and committee to spend money against an incumbent in a contested primary.

Dennis Lennox, a Republican strategist in Michigan, told Detroit News if national groups get on board with the primary challenge and sign the waver, “then Amash is done.”

“The RNC can’t spend a penny against Amash without a waiver,” Mr. Lennox said. “If I were Amash, I would pull a Macomb County move and recruit one or two challengers to split the vote against him.”

Rep. Amash responded to the primary challenge, telling reporters on the fly he’s not worried, though he looked rather perturbed.

“It’s not serious,” the congressman said. “I feel very confidence in my district.”