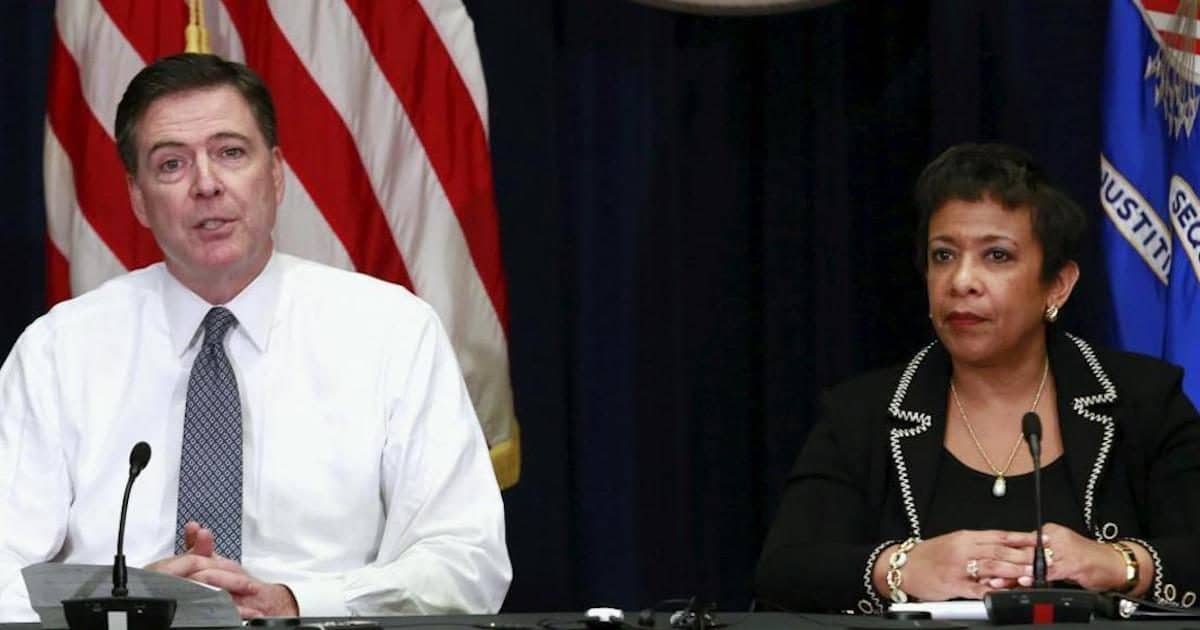 Someone Is Lying About the Handling of the Clinton Email Case

Former Attorney General Loretta Lynch accused former FBI Director James Comey of mischaracterizing her statements under oath by repeatedly alleging she instructed him to call the Hillary Clinton email probe a “matter” instead of an “investigation.”

The transcripts of her remarks, which were made during a joint closed-door session of the House Oversight and Judiciary Committees last December, were released by Rep. Doug Collins, R-Ga., the Ranking Member of the Judiciary Committee.

“I didn’t direct anyone to use specific phraseology,” she told congressional investigators during a joint closed-door session of the House Oversight and Judiciary Committees last December. “When the Director asked me how to best to handle that, I said: What I have been saying is we have received a referral and we are working on the matter, working on the issue, or we have all the resources we need to handle the matter, handle the issue.”

“So that was the suggestion that I made to him.”

In June 2017, Mr. Comey testified under oath before the House Intelligence Committee that Ms. Lynch pressured him to downplay the significance of the investigation back in September 2015.

The now-fired former FBI director said it led him to question Ms. Lynch’s independence and his decision to hold the highly irregular press conference in July 2016, during which he announced no charges would be filed against Mrs. Clinton.

As People’s Pundit Daily (PPD) was first to report, Mr. Comey told relevant FBI investigators about the alleged instruction to refer to the case as a “matter” rather than an investigation. While Ms. Lynch denied that version of events, when pressed by House Oversight Committee Ranking Member Jim Jordan, R-Ohio — then the panel’s chairman — her testimony got less clear.

Jordan: “Excuse me. Ms. Lynch, so in the meeting with the FBI Director you referred to the Clinton investigation as a matter — I just want to make sure I understand — but you did not instruct the Director when he testified in front of Congress to call it a matter. Is that accurate?”

Lynch: “I said that I had been referring to — I had been using the phraseology. We’ve received a referral. Because we received a public referral, which we were confirming. And that is Department policy, that when we receive a public referral from any agency, that we confirm the referral but we neither confirm nor deny the investigation. That’s actually a standard DOJ policy. So in the meeting with the Director, which was, again, around September — I don’t recall the date — of 2015, it was very early in the investigation, I expressed the view that it was, in my opinion, too early for us to confirm that we had an investigation.”

Ms. Lynch also told congressional investigators that Mr. Comey did not tell her about the press conference until that very morning.

“But it was not to the extent of letting me know that it would be his recommendation ultimately.”

The former attorney general came under fire during the investigation after it was revealed she met with Bill Clinton secretly on a tarmac in Phoenix, Arizona, aboard her private plane.

Mr. Comey has recently found himself in disagreement with other Obama Administration officials, as well.

He disputed testimony made under oath by former CIA director John Brennan, specifically regarding which agency insisted on using information from the Steele dossier in the intelligence assessment of Russian interference in the 2016 election.

That assessment was later given to then-President-elect Donald Trump.

“No, it wasn’t part of the corpus of intelligence information that we had,” Mr. Brennan testified in May 2017. “It was not in any way used as a basis for the intelligence community’s assessment that was done.”

Trey Gowdy, R-S.C., the now-retired former chairman of the House Judiciary Committee, claims to have seen an email from Mr. Comey stating that Mr. Brennan “insisted” on including the document.