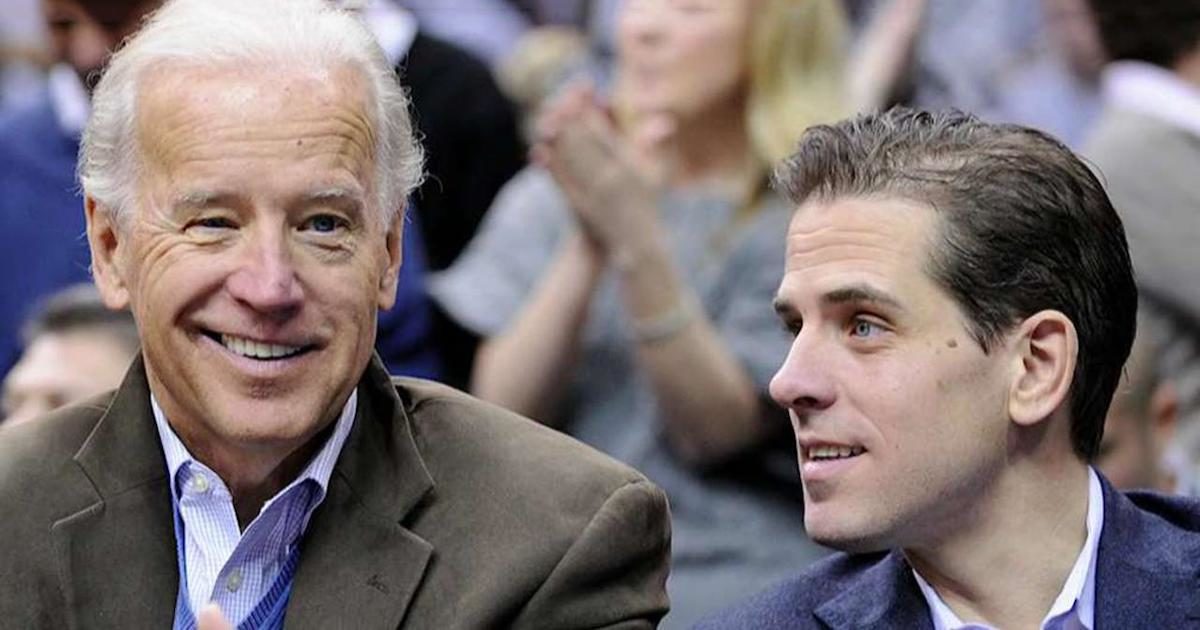 Peter Schweizer, the President of the Government Accountability Institute (GAI), is defending the findings of his investigation into Joe Biden and Hunter Biden. The Biden campaign targeted the journalist and author, who appeared on “Life, Liberty and Levin” on Sunday.

In Secret Empires: How the American Political Class Hides Corruption and Enriches Family and Friends, Mr. Schweizer and the GAI detailed Hunter Biden’s role in a billion-dollar business deal with China when his father was vice president running point on relations with Beijing.

The book, which hit #1 on the New York Times bestseller list, also investigated Republicans, including Senate Majority Leader Mitch McConnell, R-Kty. But the report on Biden’s involvement with the Chinese firm is drawing the ire of the leading 2020 Democratic contender and his supporters.

In a press release on Monday, the anti-corruption organization said “some of the book’s findings have been misrepresented by political partisans and by some in the media.” The GAI backed up the findings of the investigation by releasing documents.

“The Biden campaign,” they wrote, “has tried to create the impression that Hunter Biden was only ‘passively involved’ in a controversial billion-dollar business venture with China when his father was Vice President of the U.S.”

The release linked to a document showing Hunter Biden was on the board of directors of Bohai Harvest RST (Shanghai) Equity Investment Management Co., Ltd., the firm managing the $1.5 billion fund.

“His business partner, Devon Archer, was Vice Chairman and sat on the company’s Investment Committee,” the statement read. “These are not merely ‘advisory’ roles.”

Surrogates and media supporters of the former vice president claim Hunter Biden did not receive a stake in BHR until after he left office. The GAI released BHR’s registration documents. They show Hunter Biden’s firm, Rosemont Seneca, and its American partner the Thornton Group, held a combined 30% stake dating back to 2015.

The GAI concedes disclosure records are not currently available to gauge the exact amount of compensation Mr. Biden received for the deal. But they argue “his $420,000 investment in the management company bought him influence over $1.5 billion in capital backed by the authority of the Chinese government.”

“The Chinese investment entity with which Hunter Biden had teamed explicitly states the value – ‘the networks and know-how’ – that came with partnering with the Vice President’s son and his partner, Devon Archer,” GAI added.

The Bidens’ dealings in China and Ukraine have come under renewed scrutiny nearly two years after Mr. Schweizer released the book and its findings. Critics argue documented evidence not fully covered by big media outline a pay-for-play pattern of the Biden family enriching themselves off of the former vice president’s long career in public service.

Former General Prosecutor for the Republic of Ukraine Viktor Shokin testified in a sworn affidavit he was fired by former President Petro Poroshenko as a result of “direct and intense pressure from Joe Biden and the U.S. administration.”

Former Vice President Biden discussed the firing of Mr. Shokin at an event held by the Council on Foreign Relations on January 23, 2019.

At the time of his firing, Mr. Shokin had plans to question Hunter Biden about $3 million in fees that he and his partner, Devin Archer, collected from Burisma Holdings over a 16-month period through a U.S. lobbying firm.

In his investigation, Mr. Schweizer reviewed financial records from Morgan Stanley revealing numerous deposits to the account of “Robert H. Biden,” which he said “originated from oligarchs and anonymous LLCs in Ukraine, China, Kazakhstan and elsewhere.”

Burisma, which was under investigation for corruption and tax violations, is led by an oligarch named Mykola Zlochevsky. He served under pro-Russia former Ukrainian President Viktor Yanukovich.

British authorities froze $23 million of Mr. Zlochevsky’s assets as part of a corruption investigation shortly before Hunter Biden scored a seat on the board. Mr. Biden’s son had no relevant qualifications or energy sector experience to warrant such an appointment.

Company officials stated on the record Burisma was finally free and clear of investigations in mid January 2017, only days before the inauguration of President Donald J. Trump.

In July, Ukrainian President Volodymyr Zelensky — newly elected — told President Trump he was “knowledgable about the situation” and planned to “look into the situation,” particularly surrounding Burisma. Democrats in the U.S. House of Representatives have used the phone conversation as a pretext to open an impeachment inquiry against the president.

Critics say the alleged “whistleblower” complaint — which is hearsay coupled with demonstrably false reports — is in reality an effort to stop the exposure of election meddling from and corruption within the Obama Administration, to include the former vice president.