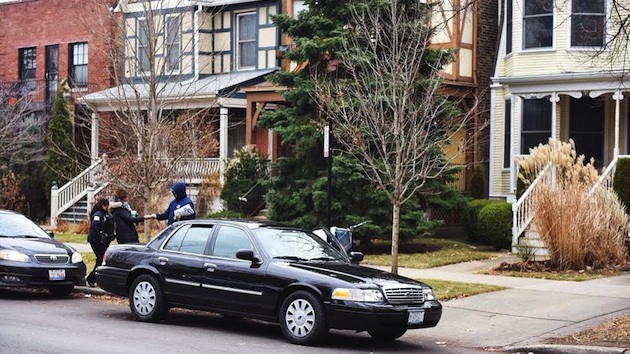 Chicago Mayor Rahm Emanuel’s son Zach, a teenager, was mugged and assaulted outside the family’s home on the city’s North Side late Friday, according to police.

Police said the 17 year-old was walking outside the house shortly after 10:00 P.M. local time when he was grabbed by two men, who went through his pockets, stole his cell phone and fled. As of late Saturday night, they were still at large.

“Yesterday evening, Mayor Emanuel’s son Zach was assaulted in a robbery during which his phone was stolen,” mayoral spokeswoman Kelley Quinn said. “He sustained injuries that required medical treatment but was able to join the family for a long-planned trip. The mayor’s focus is on his son’s well-being.”

The Emanuel’s had a long-scheduled holiday trip to Chile.

The teenager suffered a chipped tooth and a fat lip when he was punched in the face during the attack, according to the police report, which also states that one of the attackers asked Emanuel “What else you got?” after taking the phone.

The perpetrators, according to the Chicago Sun-Times, which first reported the attack, made Zach enter his security code to unlock the phone before fleeing the scene.

Police said that no weapons were used in the attack. A photo taken by a newspaper photographer showed police officers gathered on the porch of the Emanuel home. On Saturday night, MyFoxChicago reported that an unmarked police car was parked in front of Emanuel’s house.

According to a Chicago Police Department Crime Summary Map seen by MyFoxChicago, there have been 17 robberies in the same police district as Emanuel’s home between Nov. 20 and Dec. 13.