Source: Omar Mateen, Orlando Nightclub Shooter “Was on the Radar” 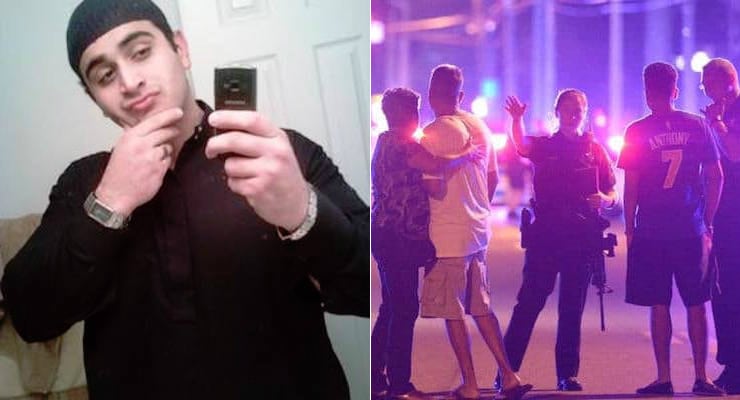 Omar Mateen, 29, the Muslim U.S. citizen born to Afghan parents, “was on the radar before” he opened fire in a gay nightclub in Orlando, killing at least 53 people. A senior law enforcement source told People’s Pundit Daily that Mateen was twice a person of interest in terror-related investigations, once in 2013 and again 2014.

UPDATE: The FBI publicly confirmed this report at a press conference in Orlando a little after 3:05 p.m. EST.

“He’s a known quantity,” the source told PPD. “He was on the radar before, two times.”

The Federal Bureau of Investigation (FBI) publicly confirmed they are looking into Mateen’s prior ties to Islamic terrorism.

“There are allegations the individual made threats in the past to having ties to terrorist organizations,” FBI Special Agent in Charge Ron Hopper said when asked if the suspect had ties to Jihadist terror groups. “At this time we’re looking at all angles right now. We do have suggestions that that individual may have leanings toward [radical Islam], that particular ideology. But right now we can’t say definitively so we’re still running everything around.”

In 2013, the first of the occasions, Mateen was questioned by the FBI after he made threatening comments to a co-worker and bragged to have connections to terrorist organizations, including the Islamic State. Investigators could not verify those connections and he was free to go. In 2014, he again came up in connection with a suicide bomber.

Meanwhile, Sen. Bill Nelson, D-Fla., said at a press conference on Sunday that intelligence committees believe Mateen, who was born in New York, had ties to Islamic State. He stressed that the information did not come from the FBI before trashing identity politics.

“We need to look deep within ourselves and ask what is happening to our people,” Sen. Nelson said. “We are Americans and have to stop hyphenating our names and identities.”

Florida law enforcement officials are already making the terror distinction, noting that the attack was well-coordinated.

“The attack is being investigated as an act of terrorism,” said Danny Banks, special agent in charge at the Florida Department of Law Enforcement.

Seddique Mateen, the shooter’s father, is allegedly running for office in Afghanistan. He said his son was angered recently when he saw two men kissing.

“We are saying we are apologizing for the whole incident. We weren’t aware of any action he is taking,” Seddique said. “We are in shock like the whole country,” he said, adding that the attack “has nothing to do with religion.”

The attack now marks the deadliest single-person mass murder in American history. Prior to Orlando, the worse occurred in Bath, Michigan in 1927, when a man bombed a school, killing 44 people.

Man Arrested in Route to Gay Pride Parade in California