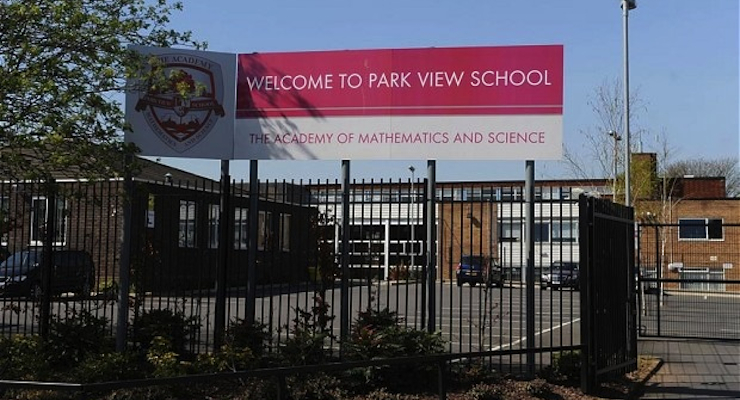 (July 30, 2015 Birmingham, UK) — On July 26, the Telegraph made the public aware that teachers who had been banned from interacting with students as a result of the Trojan Horse investigation into Birmingham schools in England, are now back teaching. This act of “emboldened rebellion” to return to the way things were occurred one month after a very public visit by Sharik Raif, the U.S. State Department Envoy to Muslim Communities on June 29.

According to Emma McKinney of the Birmingham Mail in the UK, “Shaarik Zafar, U.S. Secretary of State John Kerry’s special representative to Muslim Communities, met with pupils and staff at Park View – one of the five schools plunged in special measures by education watchdog Ofsted.” The Ofstead investigation of April 2014, revealed that there was indeed an infiltration in Birmingham schools. The BBC published some of the most notorious actions happening at the schools, when the report was released June 2014.

In addition to this review the United Kingdom’s Educational Funding Agency completed a review of Park View, which it published on June 9, 2014. The review specifically noted the following at Park View School:

One month after Shaarik Zafar’s visit to the “poster child school” for the attempted Islamic take over of public education in the United Kingdom, the new principal of Park View School, Waheed Saleem, was said to have “denied there were any problems in Birmingham’s schools, stating that extremism ‘didn’t exist’.”

Mr. Saleem announced his resignation after the Telegraph contacted him about reinstating the previously banned teachers. However, Mr. Saleem did not resign, he was replaced by Fuzel Choudhury as far back as June 25th according to Sophie Scott of Schools Week.

The two teachers who had been banned had taken an active part in the “Park View Brotherhood” a group supervised by the previous principal which served as a “hardline private online discussion group where thousands of extremist bigoted and anti-Western messages were exchanged.” The Mirror reported that Mr. Clarke, the counter-terrorism expert assigned to investigate the “Trojan Horse Scandal” had surmised:

“The only possible conclusion” from an analysis of the participants in “particularly inappropriate” discussions “is that intolerant attitudes are deeply embedded within a significant number of staff at the Park View Educational Trust”.

The only sensible and appropriate conclusion is that Mr Hussain and his associates who display such intolerant attitudes are not representative of the communities whose children they teach.

Mr Hussain confirmed that he set up the forum but said the purpose was solely to discuss items that could be included in school assemblies.

The two teachers returned to teaching are Shakeed Akhtar, the Assistant Principal of Park View, and Saqib Malik, the Director of Student Progress. According to the Telegraph, ten teachers await disqualification hearings at the National College of Teaching and Leadership. Those 10 teachers have received payments totaling £300,000 — the equivalent of $467,557.25 — which works out to roughly $46,755 per person for NOT teaching for an entire year!

Park View School has one saving grace that it may have learned from Shaarik Zafar, the U.S. State Department Envoy to Muslim Communities – it is changing its name to Rockwood. This is a standard ploy in the U.S. public schools when one fails. It is “reorganized and renamed,” along with a new principal. Park View’s new principal was planned before.