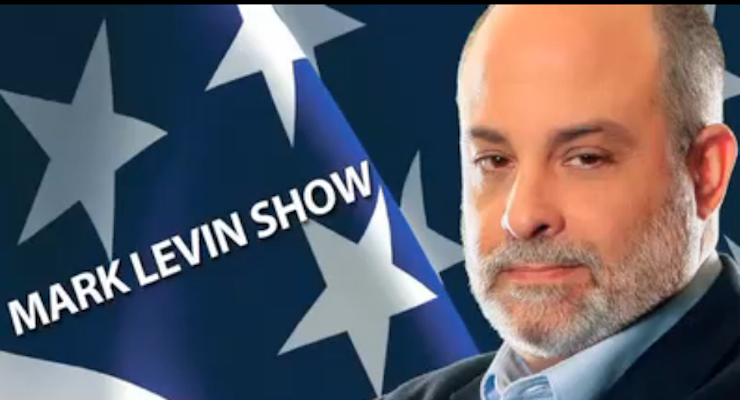 Contrary to public opinion, I listen to Mark Levin on the radio every chance I get, though admittedly that hasn’t been very often as of late. The same is true for his followers who continue to bombard my inbox with anti-First Amendment comments, which are poorly disguised as valid criticisms. Rest assure, I’ve heard and read each and every remark from proponents of the liberty amendments.

That would include Mark Levin, himself, who claimed I was “hawking” my book by suggesting he overlooked a few major details. Even though he supposedly hopes I “sell a million copies,” which is comical considering he refused to refer to me or the book by name, it wasn’t my intention to “sell a million copies” when I criticized his work.

What is my intention? That answer is simple.

I intend to do everything possible to alert conservatives and all Americans to the true causes of America’s problems–not simply the symptoms–and provide solutions that will secure long-term freedom and prosperity. The problem with the liberty amendments is that none of them address the underlaying causes. They merely treat the symptoms, ensuring that government overreach will again plague Americans in the near future.

That of course is if–a very big if–conservatives were even successful at adopting and ratifying them. Take the father of our Constitution James Madison, who contended:

Is there no virtue among us? If there be not, we are in a wretched situation. No theoretical checks [like the liberty amendments], no form of government [like a constitutional, representative republic in name only], can render us secure [free]. To suppose that any form of government will secure liberty or happiness without any virtue in the people, is a chimerical idea.

James Madison is making the distinction between structural checks, or legal restrictions on power, versus values or adherence to a moral code. Though not perfect, to better understand the point a comparable example can be made to gun control, for instance.

No matter how many gun control laws are passed by politicians who have zero understanding of the logic behind the Second Amendment, they will never curb gun violence because laws are but “a reflection of a society’s values”; a seal of approval you might say.

The same can be said for many of the other liberty amendments proposed by Mark Levin. Progressives, in the case of the Sixteenth and Seventeenth Amendments, exploited envy spawned from economic disparity during the Gilded Age, which never would have been possible if not for the transformation of public education.

In a free society, citizens must retain a level of “rational awareness” to the very ideals that keep them free, or each passing generation will become incrementally more ignorant to those ideals, making them more susceptible to government’s false promises and drawing them closer to the dangers of despotism.

It is obvious from comments I’ve received that many conservatives are looking for a silver bullet solution, unwilling to put in the necessary effort over the long-term to reverse the damage done by patient, devilishly cunning progressives. Amendment proposals to move to popularly elected senators were all tabled in 1826, 1829, and again in 1855, because majorities of Americans still understood the vital purpose of state legislatures choosing representation in the Senate.

Sadly, that is no longer the case, precisely because progressive statists were willing to put in the long-term effort to change public education and rewrite history, leaving us with a small minority of Americans who are willing to surrender their senatorial vote for the good of the republic. They outsmarted us, plain and simple.

The same historical pattern holds for the Sixteenth Amendment, the modern statist-manufactured interpretation of a “separation of church and state,” the entitlement state, and so on. In each instance, as I’ve detailed, the law was the final phase in the Progressive Movement to reform the traditional American identity, which empowered earlier generations of Americans who found few areas in their lives where it was “necessary and proper” for government to even be involved.

Again, we must first come to the realization this is no longer true for many Americans. And while I recognize structural changes to the Constitution have better enabled progressives to concentrate power in and around the federal government — in fact, I pay great detail to that fact in my book — I am more concerned with the root cause, or why Americans now need such a level of government involvement in their lives.

What are the characteristics and values that make the traditional American identity so empowering, rendering government “unnecessary and improper” to earlier generations of Americans? Where did they come from, or their ideological origins? What negative impact has the progressive assault on these traditional values had our communities and our greater society? And, perhaps most imperative, how do we re-instill these values and secure them for future generations?

Madison would have called the liberty amendments “a chimerical idea,” and by definition, they are. Chimerical means “created by or as if by a wildly fanciful imagination,” a “highly improbable” idea “given to unrealistic fantasies.”

It isn’t that I am being a “hawk” when I suggest Our Virtuous Republic is a more comprehensive place to start on a very long journey back to empowerment, freedom and prosperity. It is being honest, because beneath the structural reforms to the law is a deeper problem of values, which must urgently be addressed before we tragically become “a people the Constitution was never designed to govern.”

The dire threat big government poses to Americans is its strong, innate ability to destroy human relationships. Unfortunately, we have seen this manifest in the dissolution of the traditional family due, the rise of the entitlement state and other progressive policies. However, while the law on its face may appear to have the ability to reign in such policy, it cannot repair damage to the human connection or re-instill values lost.

That is where conservatives must begin, because anything else, any “fantastical” notion of a silver bullet solution, “is a chimerical idea.”

George Will - The case of an injured thumb