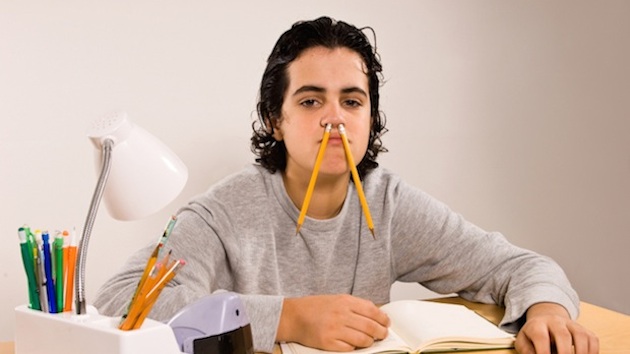 In this file photo, we have a real class A winner, an example of the future generation who will be entrusted to meet the challenges of his time. (Photo: Shutterstock)

Personal responsibility and self-reliance used to be hallmarks of the American experience and one of the standards by which we were judged and we judged the world.

Self-sufficiency, a strong economy and a strong military.

These were all things that America stood for and it began with our roots in the founding of our nation. 200 plus years ago we came to this continent with nothing more than an idea and a box of tools. That idea was that men could govern themselves and by and large, they could do a better job of it.

Something changed along the way though. At some point we became more interested in having others govern for us, and making others responsible for our own actions. Whatever happened to people being responsible for themselves?

I can tell you – it started in school.

Years ago, when you forgot to bring your pencil, pen or eraser to school you got a warning, or borrowed it from a friend who kept quiet about it. Do it enough, or get caught borrowing, and you got a “pink slip” — aka detention. The slip had to be signed by your parent explaining to them that the student came to class unprepared and that a child should be prepared or plan to spend more time in detention.

Nowadays, they don’t do that.

You are made to sign a form saying your child has to bring extra for kids that don’t have enough money to buy their own. Never mind they all have cell phones, lunch money for hot lunches, or the latest sneakers, your kid has to provide for others like a good communist. Smart phones and computers are fine tools, but they aren’t a good pencil and eraser, or a well-written textbook. We managed to go from wagon trains to the stars by candle light after all.

Well, it’s not ok, not in my book. A human being begins learning not just math and science in school, but how things work in life and the more complex social aspects of societal life in school. Too often we teach a child a lesson without understanding what it is that lesson really taught them.

Responsibility is one of those lessons.

People wonder why kids are growing up today irresponsible and blaming everyone else for their problems. You know why that is?

You taught em’ that.

Thomas Purcell is nationally syndicated columnist, author of the book “Shotgun Republic” and is host of the Liberty Never Sleeps podcast. More of his work can be found at LibertyNeverSleeps.com.