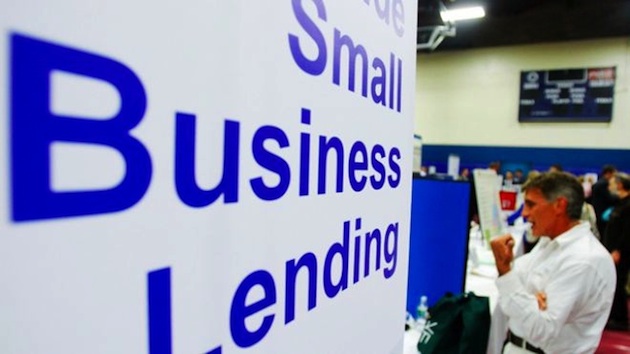 For most of history, people suffered in miserable poverty.

Then, in a few hundred years, some new ideas made life hugely better for billions of us — things like running water, the printing press, the steam engine, electricity, the Internet.

We want people to keep coming up with new and better ideas. But there’s a problem: Why would you bother to spend years inventing something if other people can just steal your idea? Who will devote years and millions of dollars to making a big movie? Or a dozen years and billions of dollars to bringing a new drug to market? Almost no one.

Filmmaker Kirby Ferguson sums up problem: “Let’s say a guy invents a better light bulb. His price needs to cover not just the manufacturing costs but also the costs of inventing the thing in the first place. Let’s say a competitor starts manufacturing a copy. The competitor doesn’t need to cover those development costs, so his version can be cheaper.”

Then he profits, but the original inventor goes out of business. That’s why America grants time-limited patents and copyrights to creators of songs, books, movies, paintings, drugs, etc. Fine.

But today Fox won’t let me sing the song “Happy Birthday” on my TV show. That’s because Warner Music bought the rights to it in 1998. People now have to pay Warner about $2 million a year to use the song in commercials and movies.

Sheesh. Why does Warner get such a long copyright? The song already existed. It’s not like the composer needs protection.

Bridgeport Music, a business that makes no music but obtains copyrights and then sues people, won a lawsuit over (SET ITAL) two seconds (END ITAL) of sound. When we questioned that, their lawyer wrote back: “I personally do not understand those who criticize people for protecting their intellectual property … (We) happen to own valuable music.”

Give me a break. He’s an opportunistic parasite.
I wonder about my former employer, Disney, too. It paid nothing for the Snow White story because it was in the public domain. But then Disney managed to get its version of Snow White copyrighted for 95 years. Will 95 years of protection make Disney’s animators more creative? I doubt it.
In the era of the Internet, when young people take mashups and do-it-yourself parodies for granted, maybe intellectual property in its current form has outlived its expiration date.
David Koepsell, of the Center for Inquiry, says today’s rules are hostile to free speech. “Intellectual property law actually prevents me from making certain expressions, things that are allegedly other people’s own.”
Lawyer Stephan Kinsella, author of “Against Intellectual Property ,” says copyright decreases intellectual output because it “prevents people from saying what they want to say, from copying, learning, sharing, remixing.” That stops some books from being reprinted and movies from being remade.

When Hollywood complains about “piracy,” Kinsella asks, “Why call it piracy? Pirates stole. But if you copy ideas, you don’t take anything away from the originator.”

Thomas Jefferson once agreed, writing, “He who receives an idea from me, receives instruction himself without lessening mine; as he who lights his taper (candle) at mine, receives light without darkening me.”

Kinsella points out that movie industry income doubled even though films are now widely copied. “The danger to artists and to people who want to get their name out there is obscurity, not piracy.”
I’m not sure what to think. Some of you watch my shows on YouTube. I (SET ITAL) like (END ITAL) that because it means my show reaches more people. But those who post my videos do actually steal from Fox. If everyone can do that, why would Fox pay me or cover the cost of doing my show? When I see myself on YouTube, I both smile and cringe.

So how should ideas be protected? Magicians and comedians found ways to protect their inventions (SET ITAL) without (END ITAL) government — by keeping tricks a secret or shaming people for stealing jokes.

I’ll explore these ideas on my TV show in its new slot, Friday, 9 p.m. Eastern. And if some clips from it turn up on YouTube …

Praise God And Bash The Gays