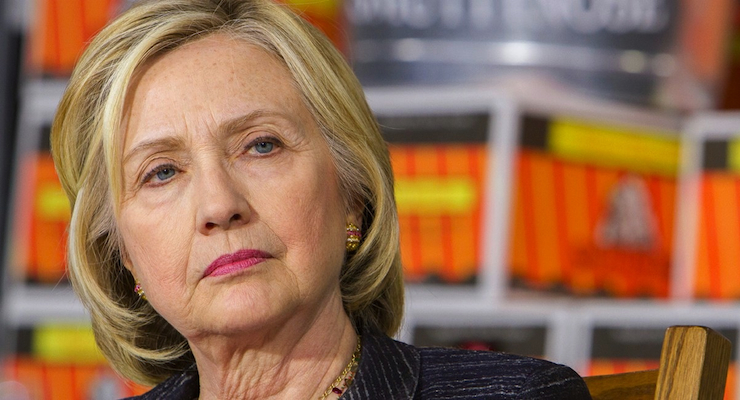 In the course of my work at Fox News, I am often asked by colleagues to review and explain documents and statutes. Recently, in conjunction with my colleagues Catherine Herridge, our chief intelligence correspondent, and Pamela Browne, our senior executive producer, I read the transcripts of an interview Browne did with a man named Marc Turi, and Herridge asked me to review emails to and from State Department and congressional officials during the years when Hillary Clinton was the secretary of state.

What I saw has persuaded me beyond a reasonable doubt and to a moral certainty that Clinton provided material assistance to terrorists and lied to Congress in a venue where the law required her to be truthful. Here is the backstory.

Turi is a lawfully licensed American arms dealer. In 2011, he applied to the Departments of State and Treasury for approvals to sell arms to the government of Qatar. Qatar is a small Middle Eastern country whose government is so entwined with the U.S. government that it almost always will do what American government officials ask of it.

In its efforts to keep arms from countries and groups that might harm Americans and American interests, Congress has authorized the Departments of State and Treasury to be arms gatekeepers.

They can declare a country or group to be a terrorist organization, in which case selling or facilitating the sale of arms to them is a felony. They also can license dealers to sell.

Turi sold hundreds of millions of dollars’ worth of arms to the government of Qatar, which then, at the request of American government officials, were sold, bartered or given to rebel groups in Libya and Syria. Some of the groups that received the arms were on the U.S. terror list. Thus, the same State and Treasury Departments that licensed the sales also prohibited them.

How could that be?

That’s where Clinton’s secret State Department and her secret war come in. Because Clinton used her husband’s computer server for all of her email traffic while she was the secretary of state, a violation of three federal laws, few in the State Department outside her inner circle knew what she was up to.

She obtained permission from President Obama and consent from congressional leaders in both houses of Congress and in both parties to arm rebels in Syria and Libya in an effort to overthrow the governments of those countries.

Many of the rebels Clinton armed, using the weapons lawfully sold to Qatar by Turi and others, were terrorist groups who are our sworn enemies. There was no congressional declaration of war, no congressional vote, no congressional knowledge beyond fewer than a dozen members, and no federal statute that authorized this.

When Sen. Rand Paul, R-Ky., asked Clinton at a public hearing of the Senate Armed Services Committee on Jan. 23, 2013, whether she knew about American arms shipped to the Middle East, to Turkey or to any other country, she denied any knowledge. It is unclear whether she was under oath at the time, but that is legally irrelevant. The obligation to tell the truth, the whole truth and nothing but the truth to Congress pertains to all witnesses who testify before congressional committees, whether an oath has been administered or not. (Just ask Roger Clemens, who was twice prosecuted for misleading Congress about the contents of his urine while not under oath. He was acquitted.)

Here is her relevant testimony.

Paul: My question is … is the U.S. involved with any procuring of weapons, transfer of weapons … buying, selling … anyhow transferring weapons to Turkey … out of Libya?

Clinton: To Turkey? … I will have to take that question for the record. Nobody’s ever raised that with me. I, I…

Paul: It’s been in news reports that ships have been leaving from Libya and that they may have weapons … and what I’d like to know is … the (Benghazi) annex that was close by… Were they involved with procuring, buying, selling, obtaining weapons … and were any of these weapons transferred to other countries … any countries, Turkey included?

Clinton: Senator, you will have to direct that question to the agency that ran the (Benghazi) annex. And I will see what information is available and … ahhhh…

Paul: You are saying you don’t know…

Clinton: I do not know. I don’t have any information on that.

At the time that Clinton denied knowledge of the arms shipments, she and her State Department political designee Andrew Shapiro had authorized thousands of shipments of billions of dollars’ worth of arms to U.S. enemies to fight her secret war. Among the casualties of her war were U.S. Ambassador to Libya Chris Stevens and three colleagues, who were assassinated at the American consulate in Benghazi, Libya, by rebels Clinton armed with American military hardware in violation of American law.

Hillary Clinton lied to Congress, gave arms to terrorists and destroyed her emails. How much longer can she hide the truth? How much longer can her lawlessness go unchallenged and unprosecuted? Does she really think the American voters will overlook her criminal behavior and put her in the White House where she can pardon herself?

What a Gay Day for Christians

Don't Give Up On America