HomeOpinion“A Republic, If You Can Keep It.” Can We? Will We? 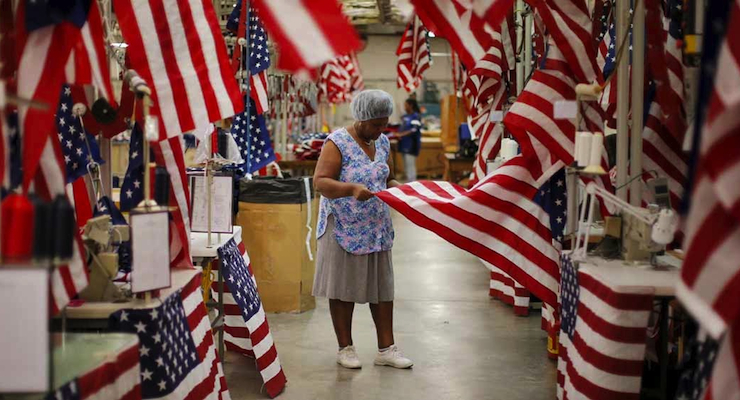 When Benjamin Franklin emerged from Independence Hall at the close of the Constitutional Convention, a lady asked him what kind of government had been formed. Franklin reportedly responded, “A republic, if you can keep it.”

Franklin’s answer has always been interesting because it revealed that he well understood the profound difference between a pure democracy and a constitutional republic. But far more intriguing to me was Franklin’s implied concern that the newly crafted scheme of government was hardly self-sustaining and ultimately vulnerable.

He and the other framers understood that liberty was rare in world history and that it would be no easy task to design a system that would both maximize and preserve it. I believe that until relatively recently most Americans cherished this system precisely because it was uniquely equipped to accomplish those purposes. Now I am not so sure.

The framers established a federal government with sufficient power to ensure ordered liberty, but with a host of limitations on its power. Governmental power was divided between the federal government and the states, and federal power was divided among three branches that would each check encroachments by the others. They set up a bicameral legislature to further diffuse federal power and eventually drafted a Bill of Rights to expressly guarantee civil liberties against government intrusion — and much more.

This system was vastly superior to the celebrated “democratic” systems of ancient Greece and the Roman Republic. It wasn’t the first system to include popular participation in the decisions of government. It was unique because it was the first to impose significant limitations on government.

Don’t you see? Franklin knew as well as anyone the powerful safeguards he and the other framers had imposed to maximize and preserve liberty, and yet he knew that human nature was such that this system would still be vulnerable to abuse and attack. “A republic, if you can keep it.”

No matter how ingeniously designed, the Constitution and laws are not immune from fascists who, under color of law, ignore their plain meaning. Checks and balances ultimately break down if those wielding power twist, pervert, ignore, selectively enforce and flout the law.

This is why character matters so much; this is why morality is foundational to government. Any system of self-governance, even one as glorious as ours, ultimately depends on the honor of the people living under it.

Anti-constitutionalists have been chipping away at the integrity of the Constitution for decades, for they prefer the forcible imposition of their own values and agenda more than they cherish liberty. But the process of dismantling our system has now accelerated to alarming levels — it has reached a fever pitch — as the puffed-up left is feeling its oats, intoxicated by a bitter president anxious to exact revenge on a nation he obviously believes was born in hell.

Why would President Obama have any hesitation in emasculating the Constitution and the rule of law when he resents its very formation and what it represents? Why would he protect our borders against illegal immigration when he doesn’t believe in the system the legal immigration process is designed to promote — especially when changing the demographics is virtually guaranteed to increase the power of radical leftists?

I don’t expect to get through to people who, like Obama, believe America, as founded, is intrinsically unfair, but I challenge fellow freedom lovers to consider that Obama and his band of leftists don’t really care so much about things like expanding people’s access to quality health care; they don’t care about putting people back to work; they don’t even care about harmony among the races.

What they care about is consolidating their power and imposing their will, and they use these various hot-button causes to do so. They want to have their way, and they are using government in unprecedented ways to achieve it — absolutely unconcerned about the destroyed liberties in their wake. They are showing their true colors as they freely trample on the Constitution and rule of law. They are not only encroaching on the liberties of their opponents; they are openly trying to muzzle them.

More and more people are starting to wake up to the extremism of the political left, which, incidentally, has taken firm control of today’s Democratic Party to the point that pundits across the board are acknowledging that unapologetic socialist Bernie Sanders risks nothing in proudly advertising his socialist agenda to his base. In fact, his openness has forced Hillary Clinton to scramble even further leftward to compete.

I pray that freedom lovers and patriots will muster the same passion in defending this nation as those attacking it. The first step is to recognize what’s going on. Is it possible that even some rank-and-file Democrats can set aside their allegiance to party affiliation long enough to open their eyes to it?

That’s a long shot. But could at least those who call themselves Republicans wipe the sleep out of their eyes and rise up in defense of liberty and this our rapidly disintegrating America?

Thomas Sowell Looking Back After 85 Years