HomeOpinionSticking Up for Coke, Sort Of

Sticking Up for Coke, Sort Of 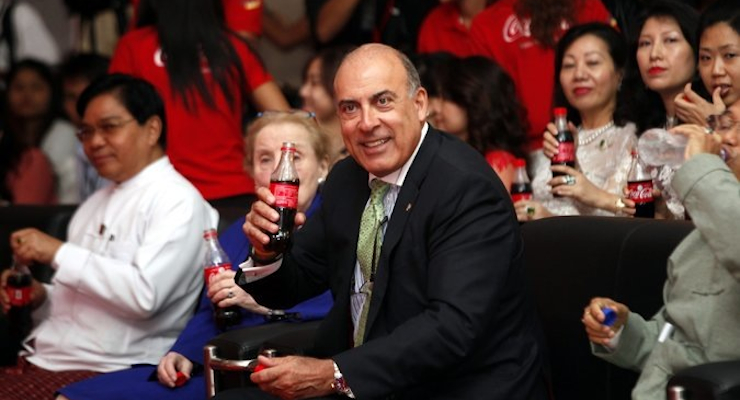 Champions of righteous eating have been saying terrible things of late about Coke. They’re now focusing their wrath on a corporate campaign to place Coca-Cola in the context of a healthy diet.

A New York Times editorial accuses Coke and other beverage-makers of forming “innocent-sounding front groups to spread the message that sugary sodas have no deleterious effect on health.” Actually, their paid consultants have said no such thing.

They did say that dieters working on portion control might favor the 7.5-ounce mini-Coke over the traditional 12-ounce size. Also, they said those seeking to lose weight should consider exercising more.

But yes, Coke is guilty — guilty — of saying nice things about its products. “In a particularly brazen move,” the Times fulminates, a dietitian suggested that “a mini-can of Coke would make a good snack food.”

The standard-bearers of chaste eating habits have themselves lost control in apportioning blame for the “obesity epidemic” on sugared drinks. Why is soda taking so much of the rap?

There’s a habitual suspicion of the profit motive as it applies to other people’s businesses. In a similar vein, many harbor an intense disapproval of others’ unhealthy food choices.
Hence the drumbeat demand for a tax on soda. That would be a neat way to extract more money from low-income people, not unlike the stiff sin tax on beer.

But if we’re going in this direction, why not tax the extra-fat “European style” butter you find at Whole Foods? A 1-ounce pat has more calories than a mini-Coke. How about a fat tax on French Brie — and triple the tax for triple-creme?

This is not to dismiss the genuine concern about the huge amount of sugar many Americans ingest. But the remedy should be education. Help citizens understand their sugar intake and, if need be, reduce it. Do note that American consumption of full-calorie soda has plunged 25 percent since the late 1990s, and obesity rates are starting to come down.

The enduring soft drink hysteria comes from places like the recent documentary “Fed Up.” Produced by Katie Couric and Laurie David, the movie strongly argues that dieting and exercise can’t really help obese kids as long as sugar exerts its evil power.

One of its star “experts” is Dr. Mark Hyman, who asserts: “Your brain lights up with sugar just like it does with heroin or cocaine. In fact, sugar is eight times more addictive than cocaine.”

Hyman is known for spreading the crank theory that vaccines cause autism. And his work has earned a place on Quackwatch’s list of crackpot books.

Anyhow, scientists at the University of Edinburgh decided to investigate the claim that sugar is addictive like a drug and found little evidence for it. “People try to find rational explanations for being overweight, and it is easy to blame food,” researcher John Menzies told BBC News.

In sum, those who believe themselves addicted to sugar need a shrink more than they do a nutritionist.

One last point. Coca-Cola had been on grocery shelves for about a century before there was any “obesity epidemic.” You have to ask, How did we all survive that long?