The Deceptions of Hillary Clinton 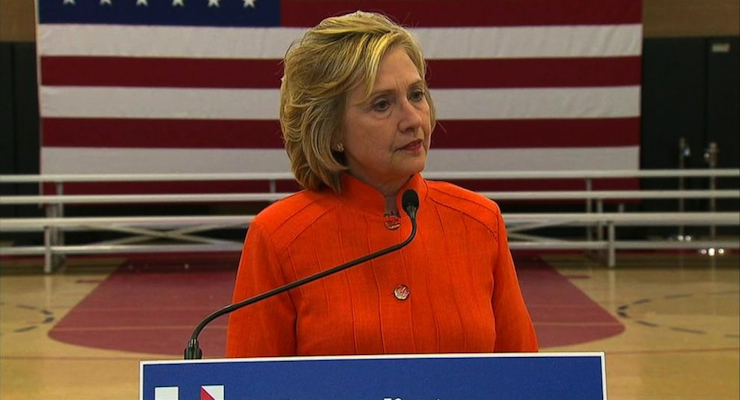 While the scandal surrounding the emails sent and received by Hillary Clinton during her time as U.S. secretary of state continues to grow, Clinton has resorted to laughing it off. This past weekend she told an audience of Iowa Democrats that she loves her Snapchat account because the messages automatically disappear. No one in the audience laughed.

She could have designated which of the government’s emails were personal and then asked the government to send them to her and delete them from government servers. Instead she did the reverse. She decided which of her emails were governmental and sent them on to the State Department. Under federal law, that is not a determination she may lawfully make.

Yet, the 55,000 emails she sent to the feds were printed emails. By doing so, she stole from the government the metadata it owns, which accompanies all digital emails but is missing on the paper copies, and she denied the government the opportunity to trace those emails.

When asked why she chose to divert government emails through her own server, Clinton stated she believed it would enable her to carry just one mobile device for both personal and governmental emails. She later admitted she carried four such devices.

Then the scandal got more serious, as Clinton’s lawyers revealed that after she deleted the 30,000 emails, and printed the 55,000 she surrendered to the feds, she had the server that carried and stored them professionally wiped clean.

Then the State Department inspector general concluded that one of the four was in fact top secret. Since it discussed satellite imagery of a foreign country and since it revealed intercepts of communications among foreign agents, it received additional legal protections that were intended to assure that it was only discussed in a secure location and never shared with a foreign government, not even an ally.

When Clinton was confronted with these facts, she changed her explanation from “I did not send classified material” to “I never sent or never received (SET BOLD) any email marked classified (END BOLD).” Not only is she continually changing her story, but she is being deceptive again. Emails are not “marked classified.” They are marked “top secret” or “secret” or “confidential.” Her explanations remind one of her husband’s word-splitting playbook.

Last weekend the State Department located 305 of her undeleted emails that likely are in the top secret or secret or classified categories.

What should be the consequence of her behavior with the nation’s most sensitive secrets?

If Clinton is indicted for failure to secure classified information, she will no doubt argue that if one of the above markings was not on the email, she did not know it was top secret. If she does make that incredible argument — how could satellite photos of a foreign country together with communications intercepts of foreign agents possibly not be top secret? — she will be confronted with a judicial instruction to the jury trying her.

The judge will tell the jury that the secretary of state is presumed to know what is top secret and what is not. The only way she could rebut that presumption is to take the witness stand in her own defense and attempt to persuade the jury that she was so busy, she didn’t notice the nature of the secrets with which she was dealing.

Not only would such an argument be incredible coming from a person of her intellect and government experience, but it begs the question. That’s because by using only her own server, she knowingly diverted all classified emails sent to her away from the government’s secure venue. That’s the crime.

Will she be indicted?

Consider this. In the past month, the Department of Justice indicted a young sailor who took a selfie in front of a sonar screen on a nuclear submarine and emailed the selfie to his girlfriend. It also indicted a Marine who sent an urgent warning to his superiors on his Gmail account about a dangerous Afghani spy who eventually killed three fellow Marines inside an American encampment. The emailing Marine was indicted for failure to secure classified materials. Gen. David Petraeus stored top-secret materials in an unlocked desk drawer in the study of his secured and guarded Virginia home and was indicted for the same crimes. And a former CIA agent was just sentenced to three years in prison for destroying one top-secret email.

What will happen if the FBI recommends that Clinton be indicted and the White House stonewalls? Will FBI Director Jim Comey threaten to resign as he threatened to do when President George W. Bush wanted him to deviate from accepted professional standards? Will Clinton get a pass? Will the public accept that?