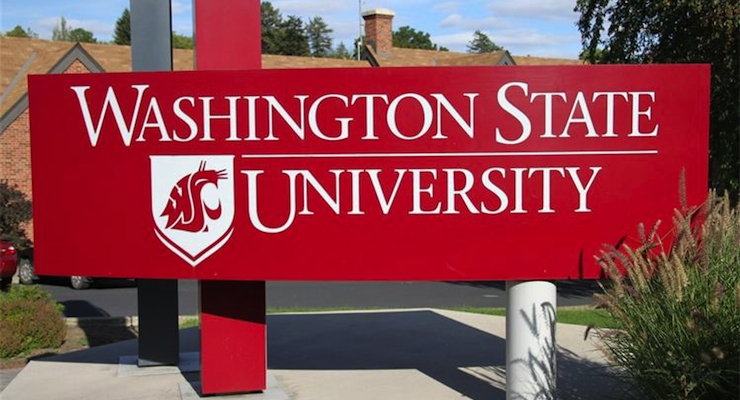 Is there something in the water in the Washington State University faculty lounge, or are its professors conspiring against common sense?

Three faculty members, showing their contempt for free speech, threatened to punish students who disobeyed them on race, gender or immigration terminology.

The Daily Caller reports that in his “Introduction to Multicultural Literature” syllabus, professor John Streamas warned white students that “to do well in this class,” they must “reflect” their “grasp of history and social relations” by “deferring to the experiences of people of color.” This professor once berated a student who advocated limits on illegal immigration as “just a white s—bag.”

He continued in his syllabus: “Conservative skeptics wonder why we need to study ‘multicultural’ texts, suggesting that the only criterion for selecting books should be literary excellence. … The conservative notion is flawed by the very fact that it is advanced by white people who just happen to think that the very best books and ideas come from white people — they have an investment in proving themselves superior.”

There was also this gem: “Finally, understand and consider the rage of people who are victims of systematic injustice. James Baldwin wrote that people of color have an obligation to feel rage over this nation’s history of racism. If injustice does not fill you with rage, then perhaps you should ask yourself why.”

Professor Selena Lester Breikss told students of her “Women & Popular Culture” class that they would risk “failure for the semester” if they used the terms “males” or “females,” because they are “gross generalizations” and “derogatory/oppressive language.”

American studies professor Rebecca Fowler advised students they would “suffer a deduction of one point” each time they said “illegal alien.”

It would be alarming enough if these mini-despots occasionally sneaked such bizarre ideas into their lectures. It would be worse if they intentionally indoctrinated their students with this poison. But they went further and penalized students who wouldn’t echo their views.

To its credit, the school nixed this censorship, forbidding professors to dock students for “using terms that may be deemed offensive to some,” saying the practice is “not consistent with the values upon which this university is founded.”

I began by asking whether a faculty conspiracy is driving this insanity. I can see one angry kook on any college faculty, but what are the odds of three?

If a conspiracy’s afoot, it’s clear the university is not on board, thank heavens. But I suspect that something more disturbing than a coordinated effort among professors is at play. It’s likelier that leftist groupthink is simply the norm in academia. Leftist dogma, after all, leads to intolerance and oftentimes censorship. It’s happening on campuses throughout the country.

A case in point: Bucks County Community College in Pennsylvania fired astronomy professor Dwight Anderson for mentioning God in a farewell letter to his students. He wrote, “If each of us, little by little with God’s help, can incorporate these foundation stones of goodness into our lives, we will find an anchor for our lives, which will result in deep and lasting satisfaction through life, and allow us to influence the world for good as we live out our lives.”

How far have we fallen when innocent references to God offend us? But that wasn’t the professor’s first “offense.” At the end of an earlier semester, he offered his students Pastor Andy Stanley’s book “Since Nobody’s Perfect … How Good Is Good Enough?” Placing one on each of their desks, Anderson said they could accept or reject it without consequence.
One student threatened to tell the administration about the book if Anderson didn’t raise his grade. When he refused, the little malcontent blew the whistle, and college officials warned the professor not to do anything “overtly Christian” in the future.

It appears Anderson’s letter was the final straw in his evil pattern of events. A disgruntled student reported his “sad” and “disturbing” words to the dean, who promptly terminated him.

What are the chances that this dean would reprimand, much less fire, a professor for sending a letter to his students praising earth goddess Gaia, urging tolerance for Islam or exalting life apart from God?

Would any school rebuke a professor for offering students Richard Dawkins’ “The God Delusion,” which asserts that belief in God is irrational and that religion has inflicted grievous harm on society?

We all know the answers. Regardless, I am encouraged that many, like Anderson, are starting to fight back against progressivism’s excesses — and not just on university campuses. The tyrannical left, with shocking impunity, has overplayed its hand so extensively that people are at the breaking point. Happily, we are seeing this frustration bubble up in the political world, as well.

I predict that one day these arrogant bullies will regret that they finally pushed too far and unleashed an overdue reaction from the long-suffering majority. I can already smell it.

Why Don't We Try Staying Home?

The Past and Future of the Refugee Crisis