HomeOpinionDrug Price Gouging a Product of Our Political System

Drug Price Gouging a Product of Our Political System 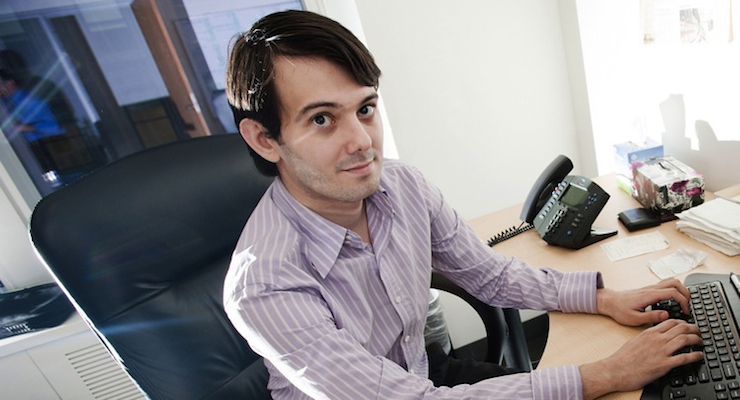 If Hollywood had created Martin Shkreli as the monster from Wall Street, we would have accused it of unfair characterization. But Shkreli — a 32-year-old hedge fund director in T-shirts, dabbler in the punk rock music world — has saved Tinseltown the trouble.

Drugmakers prefer a subtler approach. Do it quietly and with a touch more nuance. For example, the day Valeant Pharmaceuticals acquired two heart drugs, it raised the prices for them by only 525 percent and 212 percent.

That was a model of self-control next to Shkreli’s instant 5,455 percent price hike on a 62-year-old lifesaving drug. This wasn’t a good visual for the industry. The audio wasn’t so hot, either.

To recap, Shkreli’s startup company recently bought the marketing rights to Daraprim and proceeded to raise the price from $13.50 a pill to $750 a pill. (It used to cost $1 a pill.) Daraprim is often the last hope for cancer patients and others with weak immune systems suffering from parasitic infections.

Some Shkreli decoders explained that his drug company raised prices to recoup the $55 million it had just spent for the rights to sell Daraprim. Thing is, the $55 million acquisition price for a drug serving a relatively small number of patients seemed justified by the belief that one could raise the per-pill cost more than fiftyfold overnight. You can only get away with that in the United States, but we’re a big, big market.

No other industrialized country lets drugmakers pick prices out of thin air and assume patients, insurers and taxpayers will somehow come up with the ransom. The U.S. setup comes courtesy of our lawmakers in Washington, above all our Republican lawmakers.

In the Valeant case, Sen. Bernie Sanders, a Vermont independent seeking the Democratic presidential nod, demanded documents defending the price increases. Valeant said no, that such information is “highly proprietary and confidential.” Wouldn’t it just.

Governments elsewhere, however far to the left or right, see negotiating drug prices for their people as a duty of leadership. The United States does little of that. In fact, the law establishing the Medicare prescription drug benefit specifically forbids the government to negotiate drug prices.

Let’s talk about markets, OK? We believe in a market system, buyers negotiating prices with sellers, right? U.S. taxpayers fund 73 percent of the Medicare drug benefit. They are the buyers.

But in our skewed political language, Republicans denounce proposals to have the federal government negotiate Medicare drug prices as an attack on our allegedly free-market system. Somehow letting the taxpayers defend their interests is “socialism.”

It is true Medicare beneficiaries obtain drug coverage through private insurers who do negotiate prices. And it is true that, as Republicans say, the Medicare drug program is costing less than originally projected. But this is a shell game.

The relevant comparison is what the drug benefit costs next to what it would have cost had the government been allowed to bargain on prices. Taxpayers could save up to $16 billion a year if Medicare did the negotiating, according to a recent estimate in The Wall Street Journal.

That hedge funder let the cat out, for sure, and it will be screeching right through Halloween. Some boys are so bad they do good.

A Papacy of Novelty