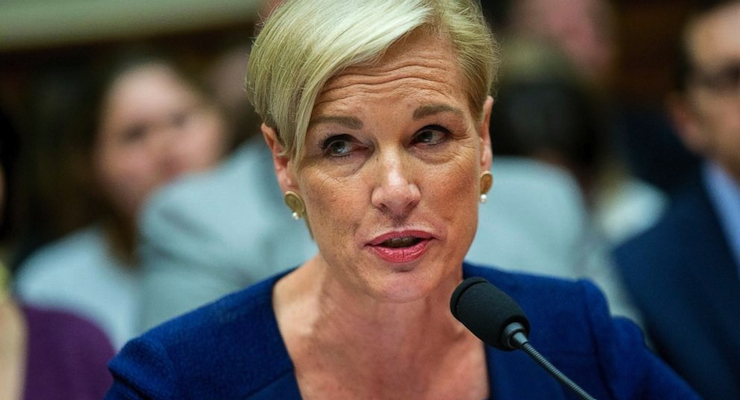 The House Oversight and Government Reform Committee’s questioning of Planned Parenthood President Cecile Richards exposes the depravity and dishonesty of her organization.

Richards and her colleagues act like cornered criminal defendants whose only defense is to dissemble and counterattack their accusers, for the truth is not in them.

Planned Parenthood piously holds itself out as a benevolent, quasi-sacred entity, selflessly devoted to improving women’s health. It has consistently denied critics’ claims that it performs no mammograms, but at the hearing, Richards unremorsefully conceded the charge and pretended she never said otherwise. And it’s not just about mammograms. Americans United for Life has shown that under Richards’ leadership, there has been a marked decrease in cancer screening and breast health services while there has been an increase in abortion.

Richards wants us to believe this is a partisan witch hunt. In an interview, she attacked her critics, saying some of their comments were “pretty sexist … because they didn’t have anything else to talk about.” “They are obsessed,” she said, “with ending access to reproductive health care for women in America.”

How are they sexist? Simply because some of her male interrogators interrupted her and spoke in harsh tones — as if they don’t do that to everyone in their hot seat, regardless of gender.

Sorry, but Richards’ critics have legitimate concerns, and they don’t want to diminish women’s access to health care. If anything, they want to increase it by reallocating federal funds from the abortion factory to the thousands of community health centers that focus exclusively on women’s health concerns and do not perform abortions.

As for Richards’ claim that the GOP wants to end women’s access to “reproductive health care,” it’s time we scrapped the euphemism. Abortion is rarely about women’s health. It’s overwhelmingly about the voluntary termination of a mother’s pregnancy and the killing of an innocent human life. It is the opposite of “reproductive” because it exterminates babies, and instead of “caring” for the mothers, it often harms them, physically and psychologically.

Richards has it exactly wrong — on purpose. The GOP isn’t obsessed. Yes, many do want to end abortions. I certainly plead guilty to that, except in the rare case of saving the mother’s life. But in trying to eliminate Planned Parenthood’s federal funding, we have no expectation of ending all abortions. As others have reported, there are more than 1,500 facilities besides those of Planned Parenthood — abortion clinics, other clinics, hospitals and doctors’ offices — that perform abortions.

It is Richards and her fellow pro-abortionists who are obsessed — obsessed with maximizing the killing of babies for profit yet representing themselves as a philanthropic organization dedicated to women’s health. At least one former official of Planned Parenthood claims that it provided bonuses to employees for “selling” a certain number of abortions. And our society looks down on barbaric ancient cultures for practicing child sacrifice?

But the GOP does want to eliminate the unconscionable $528 million of taxpayer money the federal government channels to Planned Parenthood every year. Planned Parenthood insists these funds are not used for abortions, but former company officials say the funds are commingled. Even if that were not true, it’s laughable to suggest that the funding of non-abortion services does not financially benefit the abortion side of this shady outfit.

President Obama and the Democratic Party oppose limitations on abortion at almost every stage of pregnancy, fearing that any inroads by opponents, no matter how justified, would begin a slippery slope leading to reductions in the savage practice — a practice they say they want to make “rare.” This extreme position compels them to misrepresent the facts and their opponents’ arguments.

Slowly but surely, the disinfecting light of truth is illuminating these horrors. As the truth continues to emerge, should we expect the entire abortion industry to adopt the line of comedian Margaret Cho? She recently tweeted: “I do not believe in a God who would consider abortion a sin. God created abortion. As he did all of us. God created choice for all to DECIDE.”

Well, Margaret, actually, not “all” are deciding — namely, the babies who are being killed.

A Papacy of Novelty

The Communists Among Us