Open Season on the Police 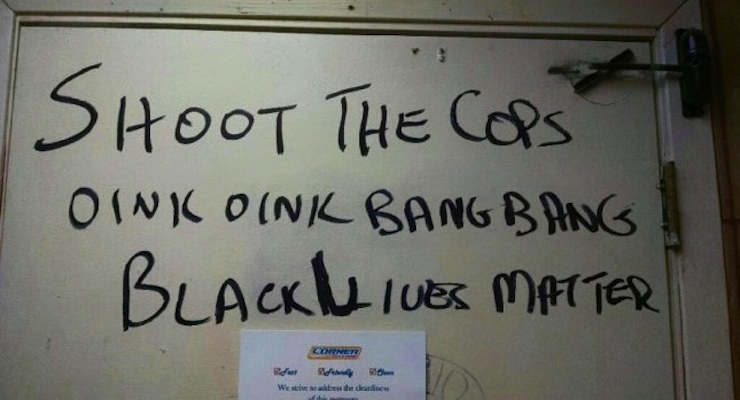 In recent months there have been a series of cases reported in the media, where some teenage thug — white, black or Hispanic in different cases — has been stopped by a policeman for some routine violation of the law and, instead of complying with lawful instructions, such as “show me your driver’s license,” chooses instead to defy the policeman, resist arrest and finally ends up physically assaulting the cop.

In the most recent case, the teenager happened to be white, but the story doesn’t seem to change much, whatever the complexion of the guy who violated the law. Nor does the sad ending change, with the young wise guy shot dead. Nor do the reactions of the media and the parents vary much.

“He was only a kid” is an almost automatic reaction of the parents and the media. “He didn’t deserve to be killed” over a traffic violation, or because he didn’t drop a toy gun when ordered to, or some other minor infraction.

Are we so addicted to talking points and sound bites that we can’t be bothered to use common sense? If you are killed by a teenager, you are just as dead as if you had been killed by the oldest man in the world.

It doesn’t matter how minor the law violation was that caused the young guy to be stopped. He wasn’t shot for the violation — which could have been jay-walking, for all the difference it makes. He was shot for attacking the police, after having foolishly escalated a routine encounter into a personal confrontation.

Irrational statements by the young man’s parents may be understandable when they discover that their son is dead. But for media people to make such mindless statements to a nationwide audience is just grossly irresponsible.

In an atmosphere where second-guessing policemen has become a popular sport in the media, as well as among politicians, there is always someone to say that there must have been “some other way” for the policeman to handle the situation.

Utter ignorance of what it is like to be in such situations does not seem to make the second-guessers hesitate. On the contrary, ignorance seems to be liberating, so that “excessive force” has become an almost automatic comment from people who have no basis whatever for determining how much force is necessary in such situations. You can’t measure out force with a teaspoon.

The truly tragic cases involve some really young kid — maybe ten years old or so — who has a very realistic-looking toy gun, and has removed the red plastic attachment that is supposed to show that it is not a real gun. When he turns his realistic-looking toy gun on a policeman, and refuses to drop it, that can turn out to be the last mistake of his young life.

Someone in the media recently complained that a policeman shot a boy who had a toy gun “within seconds” of arriving on the scene. When someone has a gun, and refuses to drop it, a policeman can be killed within seconds. A dialogue under these conditions can be a fatal luxury he cannot afford.

There is something grotesque about people sitting in safety and comfort, blithely second-guessing at their leisure what a policeman did when he had a split second to make a decision that could cost him his life, leaving behind a widow and orphans.

You cannot have law without law enforcement. If cops are supposed to back down whenever they are confronted by some brassy young thug, that may indeed save a few lives among the thugs. But that just means that a lot of other lives will be lost under “kinder, gentler” policing.

After this year’s widespread indulgences in anti-police rhetoric by politicians, the media and race hustlers, how surprised should we be by the dramatic upsurge in murders after law enforcement had been undermined?

Laws without law enforcement are just suggestions. Imagine if highway speed signs are replaced by signs that say, “We suggest you not drive faster than 65 m.p.h., please.” Do you doubt that many more lives will be lost on the highways?

Maybe the parents who are so bitter over the loss of a son in a wholly unnecessary confrontation with a policeman doing his job might ask themselves if they did their job, when they raised a child without teaching him either common sense or common decency.

Football and Gaming, What Could Possibly Go Wrong?