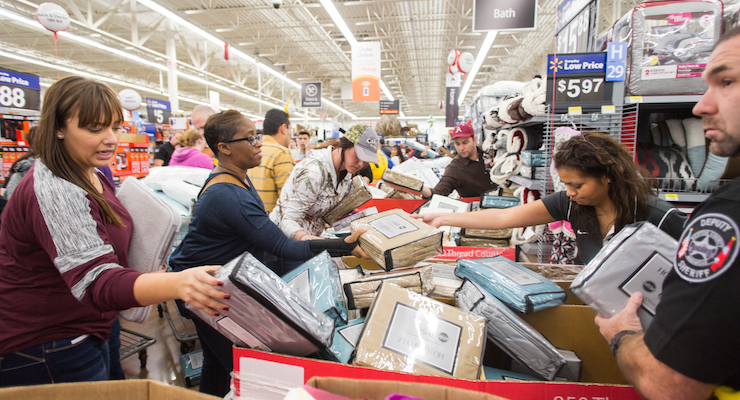 People who want to buy Christmas gifts, without having to confront the crowds at the local shopping mall (or shopping maul) can take a load off their feet by buying books or movies on the Internet, while sitting in the comfort of their own homes.

In addition to old standbys like gorgeous coffee table books of Ansel Adams’ scenic photographs or the collected works of Shakespeare — or of “Calvin and Hobbes” comics — there are also many thought-provoking books on current events or on history.

People who already seem to have everything may not have DVDs of the latest movies or perhaps of some old movie classics like “Citizen Kane” or “The Hunt For Red October.”

Among the rare movies that children and adults can watch and enjoy together is the perennial favorite, “The Wizard of Oz.” Other good choices, however, would include “The Great Muppet Caper,” which I have watched a number of times and enjoyed each time.

For Sherlock Holmes fans, there is not only a large book titled “The Complete Sherlock Holmes” but also a boxed set of DVDs of many of the best Sherlock Holmes stories, starring Jeremy Brett as the best of a number of actors who have played the Holmes role over the years.

Among books on serious issues, some are great for people who are interested in a particular subject but have never read a good introduction to the issues involved. For young people, they may need to read something to counter the politically correct nonsense they have heard in their schools and colleges.

An older book that has been recommended here before, but will be recommended again because there is nothing else like it, is “Life at the Bottom,” by Theodore Dalrymple.

This is an insightful account of the dire consequences that the welfare state has led to among low-income whites in England. Many will recognize striking similarities to problems among low-income blacks in America — problems often blamed on “a legacy of slavery,” but which have followed in the wake of the welfare state in England, among whites with no legacy of slavery.

For those who would like a serious but very readable introduction to current issues among black Americans, there is none better than “Please Stop Helping Us” by Jason Riley.

Among my own books, “Basic Economics” remains the one read by the most people and translated into the most foreign languages. It presents economics without the graphs and equations, or the jargon, that make economics seem needlessly difficult to many people. “Basic Economics” was written with the idea that economics can be both informative and enjoyable.

My most recent book, published this past September, is “Wealth, Poverty and Politics.” It has received the kind of praise from reviewers that an author wants but seldom gets. Part of this may be due to the interest aroused by the subject matter itself and part to the book’s clarification of things that are too often presented in confused and misleading terms.

Much media hype about “the top ten percent” or “top one percent” of income earners collapses like a house of cards when you scrutinize the numbers and the words used to describe those numbers.

Although that would not make sense, politicians are far less interested in making sense than in getting votes. Talk about the top ten percent or top one percent gets votes. And that is the politician’s bottom line.

For someone who likes to read about serious subjects but already has the kinds of books you might want to give as a gift, what no one has are future issues of outstanding publications on serious issues. A subscription to “City Journal” or “Hoover Digest” (or PPD) is a gift that would solve that problem.

What to Be Thankful For?

Shopping Doesn't Have to Be a Drag