HomeOpinionShopping Doesn’t Have to Be a Drag

Shopping Doesn’t Have to Be a Drag 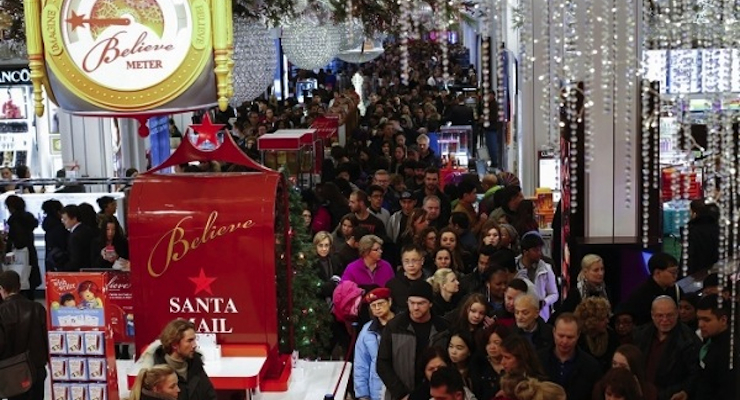 First there was “Black Friday.” Then there was “Cyber Monday.” The holiday shopping markers plod through the calendar like a procession of Groundhog Days. The big difference is that Punxsutawney Phil the groundhog sometimes offers surprise. Will he see his shadow this year or bite his handler?

The latest retailing news predictably relates the change in consumers’ shopping habits — the move from bricks-and-mortar stores to online merchants. The convenience of online buying and an aversion to crowds are the usual explanations, and they no doubt play a part.

From 1970 to 2009, retail space in America grew by 54 percent. Almost all that new square footage went into malls populated by chain stores featuring the same layout, the same signage, the same merchandise made in the same low-wage countries. Once inside a chain outlet, shoppers can’t easily tell whether they’re in Columbus, Ohio, or Birmingham, Alabama.

Of course, many of us still go to malls. It’s not always easy to find socks or running shoes elsewhere. However, one no longer has to patronize Circuit City for electronics, which is why Circuit City is gone.

And though the convenience of online shopping is undeniable, the inconveniences can be understated. Will you be home when the package arrives? If the item turns out to be defective, whom do you call? Even if the cyber-merchant offers a liberal return policy, it’s still a pain to rewrap and lug the box to the post office or parcel service.

The item in the delivered box may turn out to be quite inferior to the consumer fantasy represented in pixels. And though this may be nobody’s fault, the red seen on the screen is often very different from the red reality.

My closets and shelves contain some items with which I would never have left a physical store. These were borderline disappointments — products I didn’t entirely adore but that were not so off base that they merited the hassle of a return.

Conventional malls do try to impart the holiday cheer of our lost Main Streets, still portrayed in Christmas movies as American dreamscapes. But installing some lonely chairs and cafe tables, overhead twinkles and the occasional restaurant where a human actually serves you usually isn’t enough to get the magic going.

So commercial real estate developers are trying to “reimagine” the mall experience. As The Wall Street Journal reports, a developer in York, Pennsylvania, has taken down a mall’s roof and made a plaza. Another in Fort Worth, Texas, is leaving some old oak trees at the center of a project, linking the grove to a walking trail along the Trinity River. Yet another in Cedar Rapids, Iowa, has taken down a mall building, built “streets” and incorporated a hotel and offices.

Many downtowns once given up for dead, meanwhile, are attracting small retailers selling more unusual and curated goods. And they’re hosting one of the most ancient and popular retailing phenomena ever — farmers markets.

As malls try to make themselves more resemble these downtowns, a common-sense question arises. Why don’t the stores just move back downtown? Well, those who frequent revived downtowns often complain that the chains already have.

But that’s what we call a high-class problem. Let the Banana Republic move next door to the quirky little shop selling hand-knit sweaters from Tibet. Together they’ll attract the shopping and reveling public — and better resist the online onslaught.