‘Messing With the Constitution’ 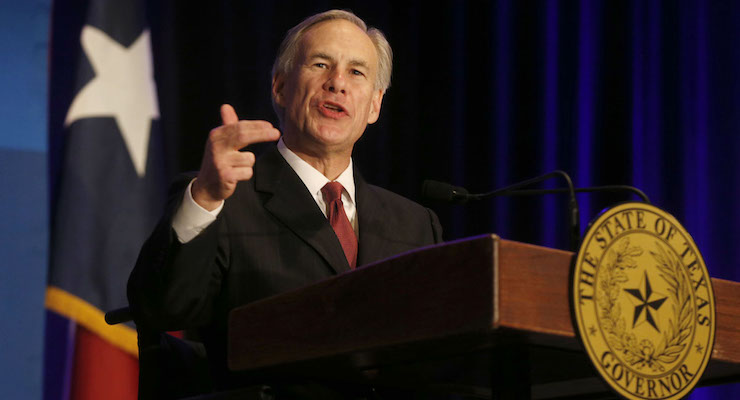 Texas Governor Greg Abbott speaks at the Dallas Regional Chamber at the Hyatt Regency Hotel on March 16, 2015. He spoke on the 2015 State of the State. (Michael Ainsworth/The Dallas Morning News) 03182015xALDIA

In recent years, a small but growing number of people have advocated a convention of states to propose amendments to the Constitution of the United States. The reaction to the proposal has been hostile, out of all proportion to either the originality or the danger of such a convention.

The political left has been especially vehement in its denunciations of what they call “messing with the Constitution.” A recent proposal by Governor Greg Abbott of Texas to hold a Constitutional convention of states has been denounced by the Texas branch of the American Civil Liberties Union and nationally by an editorial in the liberal “USA Today.”

The irony in all this is that no one has messed with the Constitution more or longer than the political left, over the past hundred years.

This began with Progressives like Woodrow Wilson, who openly declared the Constitution an impediment to the kinds of “reforms” the Progressive movement wanted, and urged judges to “interpret” the Constitution in such a way as to loosen its limits on federal power.

It has long been a complaint of the left that the process of amending the Constitution is too hard, so they have depended on federal judges — especially Supreme Court Justices — to amend the Constitution, de facto and piecemeal, in a leftward direction.

This judicial amendment process has been going on now for generations, so that today government officials at the local, state or national level can often seize private property in disregard of the 5th Amendment’s protections.

For nearly 40 years, the Supreme Court has been evading the 14th Amendment’s provision of “equal protection” of the law for all, in order to let government-imposed group preferences and quotas continue, under the name of “affirmative action.”

Equal rights under the law have been made to vanish by saying the magic word “diversity,” whose sweeping benefits are simply assumed and proclaimed endlessly, rather than demonstrated.

The judicial pretense of merely “interpreting” the Constitution is just part of the dishonesty in this process. The underlying claim that it is almost impossible to amend the Constitution was belied during the very years when the Progressive movement was getting underway in the early 20th century.

The Constitution was amended four times in eight years! Over the years since it was adopted, the Constitution has been amended more than two dozen times. Why, then, is the proposal to call a convention of states to propose — just propose — amendments to the Constitution considered such a radical and dangerous departure?

Legally, it is no departure at all. The Constitution itself lists a convention of states among the ways that amendments can be officially proposed. It has not yet been done, but these proposals will have to be put to a vote of the states, three-fourths of whom will have to agree before any amendment can become law.

Is it better to have the Constitution amended de facto by a 5 to 4 vote of the Supreme Court? By the unilateral actions of a president? By administrative rulings by anonymous bureaucrats in federal agencies, to whom federal judges “defer”?

The idea that a convention of states could run amok and rewrite the Constitution overlooks the fact that it would take the votes of two-thirds of the states just to convene a convention, and then three-fourths of the states to actually pass an amendment.

Far from proposing radical departures from the Constitution, most of Governor Abbott’s proposed amendments would restore Constitutional protections that have been surreptitiously eroded by unelected federal judges and by unelected bureaucrats in administrative agencies, who create a major part of “the law of the land,” with the help of “deference” from federal judges.

Why are “We the People” to be kept out of all this, through our elected representatives, when these are the very words with which the Constitution of the United States begins?

Despite the left’s portrayal of themselves as champions of the people, they consistently try to move decisions out of the hands of the general public and into the hands of officials insulated from the voters, such as unelected federal judges and anonymous bureaucrats with iron-clad job protection.

No wonder they don’t want to have a convention that would restore a Constitution which begins with “We the People.”

Obama: Bitter Partisan and Committed Ideologue to the End -- and Beyond