HomeOpinionTed Cruz and the Body of Christ

Ted Cruz and the Body of Christ 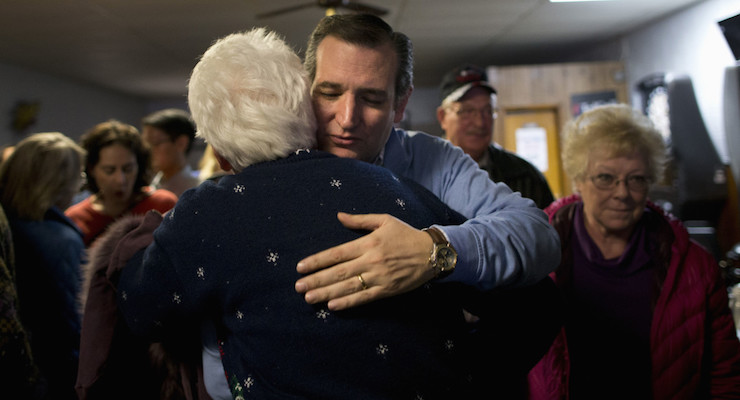 There is a misplaced fear — shared, I’m sad to say, by many on the right — that Christian conservatives are zealots, theocrats and all-around bogeymen.
Ever since the advent of the moral majority during the Reagan years, establishment Republicans have been leery and sometimes contemptuous of them.

They resent having to deal with this block of “crazies,” who always muck up the right-wing coalition with their annoying Jesus talk and their injection of social issues into the mix. If they’d just quit talking about abortion and same-sex marriage we could take this country by storm. Instead we hand the nation to the Democrats on a silver platter, because no one likes those Christian scolds except fellow Christian scolds.

It doesn’t help the Christian conservatives’ cause that fellow Christians pile on with fingers wagging about the impropriety and unseemliness of Christians being involved in politics. “God is in control, so you should pray, but leave politics and statecraft to the politicians.”

I happen to agree that God is in control, but that doesn’t mean Christians should sit on the sidelines. I don’t believe He created us to be passive and unengaged and to not fight for what is right in the culture and in government.

Regardless, we politically engaged Christian conservatives face multiple challenges. Obama and his party consider us Bible-toting, bitter-clinging domestic terrorists in waiting, and a mortal threat to the fundamentally transformed America they crave and the selective groups and causes they believe are entitled to protection under the Constitution. And as we’ve seen, a good chunk of Republicans consider us sanctimonious intermeddlers.

Along comes Ted Cruz, son of a pastor, and a master orator with the delivery and style, according to certain critics, of a preacher — and boy do they mean that in a negative sense. Adding insult to injury, he is well-versed in the Bible and he advocates biblical principles — as opposed to citing Scripture opportunistically, inappropriately and awkwardly.

The establishment already has visceral contempt for Ted Cruz, so when he evokes Scripture, their disdain rises to the level of loathing. Not only does his Jesus talk annoy and frighten them, they don’t think he even means it. At the very least, he shouldn’t rev up his fellow Bible-thumping crazies with such talk, lest they “rise up” and do something, well, crazy.

So when columnist Kathleen Parker heard that Cruz had uttered the phrase “the body of Christ” to Iowans while campaigning in their state, she became afraid, very afraid.

I have no personal animosity for Kathleen, for her attitude on this is typical of many others. Unfortunately, though, she misquoted Cruz as saying this, “You know, it’s time for the body of Christ to rise up and support me.” She found that “rather astonishing,” and because of it doesn’t “think there’s any chance Ted Cruz can win a general. … I don’t know anyone who takes their religion seriously who would think that Jesus should rise from the grave and resurrect himself to serve Ted Cruz.”

Cruz did not use “the body of Christ” in this context, but even if he had, any Bible-literate Christian would know he didn’t mean it to imply that Jesus should resurrect Himself. Jesus was resurrected once and for all three days after He was crucified, dead, and buried. If Cruz’s Christian audience had understood him to mean that Jesus should resurrect Himself again — a bizarre notion — they would have left him in droves as an inauthentic Christian.

Evangelical Christians use the phrase “the body of Christ” mainly as a synonym for “the Church” or “the body of believers,” whether in a local or worldwide context. It further denotes unity in the diversity of believers. The term comes from the apostle Paul, who used it in a number of his letters. The Evangelical Dictionary of Biblical Theology explains, “The primary purpose of the metaphor is to demonstrate the interrelatedness of diversity and unity within the church, especially with reference to spiritual gifts.”

The idea, then, is that the Church is the body, and individual Christians have different spiritual gifts that we are to use together for the whole body (Church). Paul wrote to the Romans, “For as in one body we have many members, and the members do not all have the same function, so we, though many, are one body in Christ, and individually members of one another. Having gifts that differ according to the grace given to us, let us use them.”

What Cruz did say many times is, “If we awaken and energize the body of Christ — if Christians and people of faith come out and vote our values — we will win and we will turn the country around.”

All he is saying is that Christians and people who share our Judeo-Christian values should support his candidacy because he will do everything in his power to promote these values — not theocratically, but lawfully and constitutionally. It’s just another way of saying to fellow Christian voters, “I need fellow believers to get involved in my campaign because we share the same values and goals.”

I’ve said this before, but people should understand that they have less to fear from Christians than any other group of people. We will protect, not endanger, your liberties. We are the last group who would suppress your speech or any other liberties. Don’t believe the mythmakers. Those so quick to point out the phobias of others may just have a touch of that characteristic themselves.

And the Oscar for Most Stunning Actress Goes to ...