Our Love-Hate Relationship With Valentine’s Day 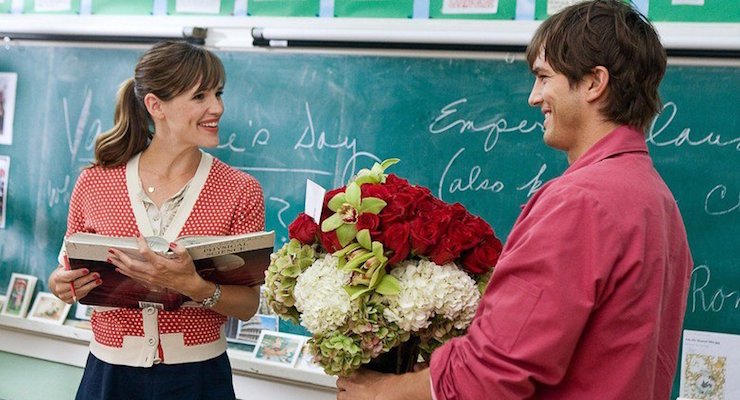 Valentine’s Day is upon us. And to think we are still recuperating from Groundhog Day. That’s February for you, a gray month of no big flashy celebrations, at least not until President’s Day.

The busier many of us get, the less our demand for outside stimuli. But for those needing to set chronological coordinates, Valentine’s Day delivers.

Valentine’s Day, the event, evokes responses ranging from love to hate. It is often held in contempt by the ultra-sophisticated and the partner-less, which are two groups that can overlap. They dismiss the day as a merchandising hook for purveyors of chocolate, flowers or heart-shaped anything — and a shot-in-the-arm for restaurateurs on a (preferably) non-weekend night. (Is that so bad?)

One reason to like Valentine’s Day is that it’s an occasion for which people get dressed up. One reason to dislike Valentine’s Day is that only the women get dressed up. This is a generalization, I know, but go to a nice restaurant and observe the ladies in sparkles and manicures and their male partners in un-pressed jeans, their shirts hanging out.

The men’s refusal to “make an effort” could be a power thing. But slob dressing may also reflect immaturity — or its mirror image, senility. A resident at an assisted living facility complained to me that she and the other women turn up for dinner carefully dressed and groomed, while many of the old men shuffle in looking like bums. (The home has a rule forbidding pajamas in the dining room.)

Some women may choose to forego the Valentine’s Day indignities this Sunday and instead escape into the mannerly sanctuary of “Downton Abbey.” It’s not that all those men behave well. Some are monsters in white ties, one having abandoned a bride at the altar. But they dress according to high standards. If they didn’t, they’d never have gotten far enough with a lady to play the cad.

And do note that the upper-class requirements for formal dress and exquisite tailoring aren’t all about putting on the dog. They are also about showing respect for those around them.

In 2016, let us salute men of all generations who still have the class to wear at least a jacket to a romantic dinner.

Those worried about not seeming hip, meanwhile, should be mindful of this: Dressing like a slob has become conformist, and he who resists may be in the vanguard of something beyond cool: “normcore.”

According to Urban Dictionary, normcore is “a post-ironic anti-fashion, ‘purposely uncool’ trend by hipsters in an attempt to pull away from the subculture (fashions) that were becoming commercialized and popular.” In sum, “normcore is quickly becoming a legitimate fashion trend.”

That brings up an intriguing aspect of the modern Valentine’s Day — that is, how many gay and lesbian couples faithfully observe the celebration and with great style. This may be an effort to feel part of a mainstream in which heterosexuality remains the norm. In any case, the gay community freshens up the tradition.

Speaking of which, Hallmark, the Kansas City-based arbiter of greeting card sentiments, has come up with a very diverse Valentine’s Day video. It tells the love stories of, among others, a lesbian couple and an interracial one, holding back none of the mush. A Hallmark spokeswoman said the company received a few gripes about the spot but most viewers reacted positively to it.

What one can love about Valentine’s Day is it can be as high- or low-impact as participants choose. It can be a night spent on the town or by candlelight at home, or it can be totally ignored. And by Feb. 15, it’s over.

Fear Not, My Secular Friends